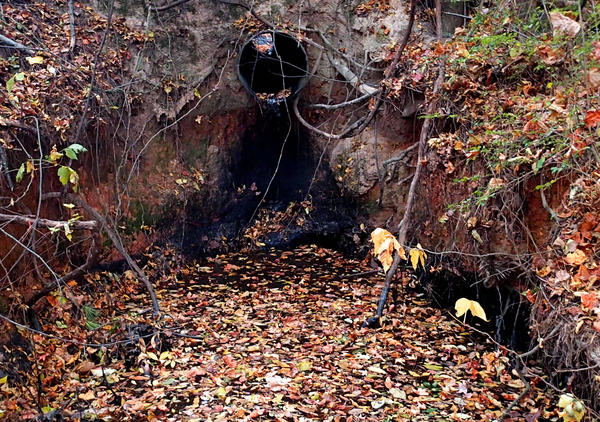 A now-defunct Georgia company owes the federal government $10 million for polluting a stream that feeds into the Chattahoochee River.

American Sealcoat Manufacturing, formerly located off of Interstate 20 west of Atlanta, made a product used for sealing cracks in asphalt. According to Chattahoochee Riverkeeper, the company dumped chemicals into the unnamed stream, about 1,000 feet from the river.

“This was some pretty toxic stuff that was being dumped,” said Jason Ulseth of Chattahoochee Riverkeeper. Ulseth said after he saw what was going on, he sat down with the company’s manager to explain the issue and suggest ways to fix it.

“On a subsequent visit where we went to check to see if they had implemented any new controls or begun to clean up the site, we caught them actually dumping all of this black oily material again straight into the stream,” said Ulseth. “That’s when we had no choice but to file a lawsuit.”

At the end of last week, a U.S. district judge ordered the company to pay $10 million to the U.S. Treasury.

“Most of our cases, when we approach an industrial polluter, they are usually pretty quick to respond and get their site cleaned up,” said Ulseth. “This case was the most blatant case that we’ve worked on where you had intentional dumping of these toxins into a stream.”

The company itself no longer exists, and WABE was not able to reach its former owner.

Ulseth said the pollution is still an issue.

“The toxic dump pit is still there,” he said. “The polluted and contaminated soils are still there, and we still have pollution leaving the site every time it rains because of stormwater runoff carrying off these pollutants.”

Now, the EPD is working with the owner of the property to clean the site up. According to James Cooley with the EPD, M&K Warehouses has put together a plan and has begun doing environmental sampling before beginning the actual cleanup.

“Our objective is to get the site cleaned up and to protect the environment,” Cooley said.