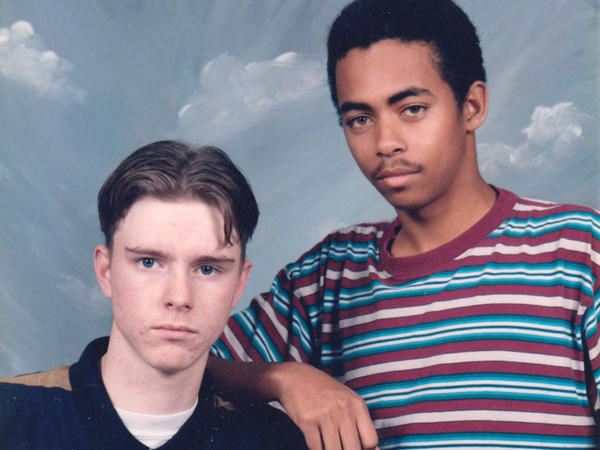 The normalcy of friendship tomfoolery, however, was often disrupted by a debilitating disease called sickle cell anemia. Beach has spent his life in and out of hospitals because of the disease with Mickelsen mostly as a friendly bystander.

In 2012, Mickelsen had the inspiration to turn Beach’s experiences into a film. Specifically, a documentary they are calling “Spilled Milk.” 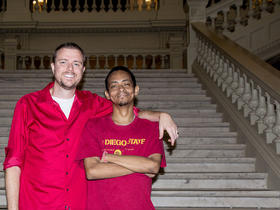 Beach now lives in Atlanta, so Mickelsen made the journey from California to shoot the film. He intended to get enough footage for the film in just a few months, but three years later, the film is finally in post-production.

Along with chronicling Beach’s life with sickle cell, “Spilled Milk” shows the stigma of the little-known disease that mostly affects African-Americans. Often, sickle cell anemia patients are treated with skepticism because of the color of their skin and also because of the amount of painkillers they require to manage the pain caused by the disease, Beach said.

The film gets its title because of a philosophy that the two came to together: There is no point in crying over spilled milk when nothing worse could happen. In the film, Beach stresses he is not his disease, and Mickelsen has appreciated the deep friendship they have had.

Mickelsen expects to have the film completed by the end of the year.