2016 was Georgia’s warmest year in 122 years of record keeping. According to the National Oceanic and Atmospheric Administration, Georgia was the only state in the lower 48 to break its record last year. (Alaska also experienced its warmest year on record.)

Georgia’s drought also made last year unusual, though not record-breaking. 2016 was the ninth driest year on record for the state. Atlanta had 52 consecutive days without rainfall, according to Bill Murphey, Georgia’s state climatologist. That’s a record for the city. Other Georgia cities had it even worse, and set records of their own: Plains and Montezuma went 72 days without rainfall; Cartersville went 70.

Nationwide, 2016 was the second warmest year on record.

“A lot of other states in the Southeast also were near record, maybe like .1 degree away from their record,” said Chris Fenimore, a physical scientist at NOAA’s National Centers for Environmental Information. “So pretty close to record, but not quite record.”

It was also the warmest year on record for Atlanta, which experienced 88 days at or above 90 degrees.

“This summer we didn’t have a real high heat, but we just had a lot of more persistent heat days,” said Murphey.

During the 20th century, Georgia and the rest of the Southeast have not experienced a warming trend, unlike other regions around the world, according to NOAA. Fenimore said that it’s not possible to tell if this year’s broken record indicates a change in that trend. 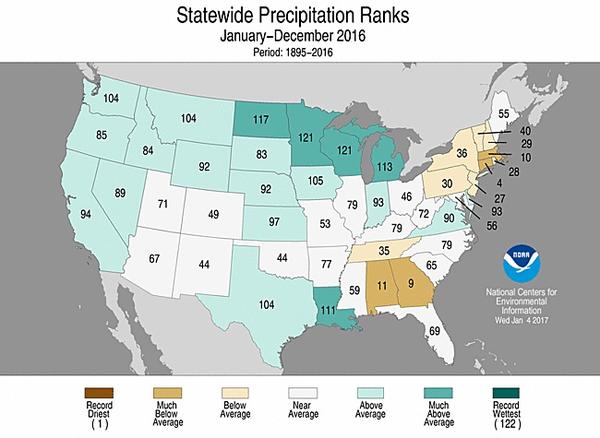