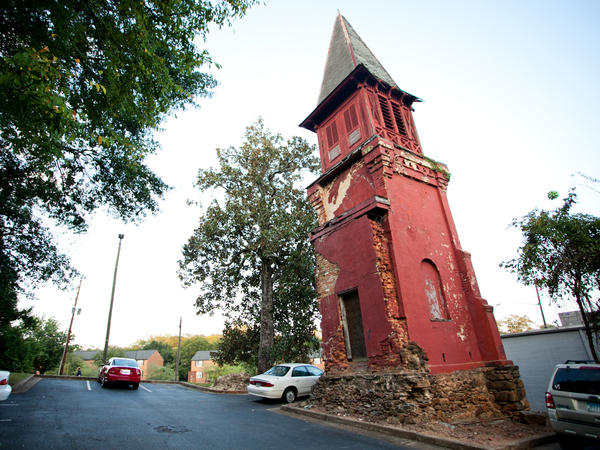 Workers are beginning to restore the steeple of the old church in Athens, Georgia, where Georgia rock band R.E.M. played its first show.

The Athens Banner-Herald reports that scaffolding is rising around all that remains of the structure — its now-iconic steeple.

Last year, the nonprofit Nuçi’s Space launched a 60-day crowdfunding campaign aimed at restoring the steeple and helping to fund the organization’s health care assistance and other services it provides to local musicians. Nuçi’s Space works to prevent suicide.

The Athens newspaper reports that R.E.M. performed its first show at the church on April 5, 1980, as Twisted Kites and renamed itself a few weeks later.

R.E.M. formed in Athens, where all four members were students.