Spring is a great time for kids to get outdoors. Whether your child wants to shake a tail feather with a peacock, waddle with a penguin, catch a fish or try to see an American bald eagle, Georgia has places to see it all.

With more than 1,500 animals, Noah’s Ark is more than just a place to view animals. The 250-acre sanctuary rehabilitates hundreds of abused, injured and orphaned animals every year.

Visitors to the sanctuary can view more than 100 species of animals including peacocks, emus, bears and tortoises. Noah’s Ark is also home to the “BLT” – a bear, lion and tiger who have remained close during their time at the sanctuary.

Atlanta may be a few hours’ drive from the ocean, but kids can still catch a glimpse of sea life at the Georgia Aquarium.

In its 11th year of operation, The Georgia Aquarium is one of the largest aquariums in the world. According to its website, the award-winning aquarium features interactive programs, 7 galleries and more than 100 exhibits that represent a variety of aquatic environments from arctic to tropical.

Over 200 species of animals call Zoo Atlanta home. The zoo, located downtown next to Grant Park, is among the oldest continually operating zoos in the country.

In April of 2015, the Zoo opened the Scaly Slimy Spectacular exhibit that currently houses over 100 animals, including 70 different species of reptiles and amphibians.

Many animals with Georgia roots reside at the Chattahoochee Nature Center in Roswell. 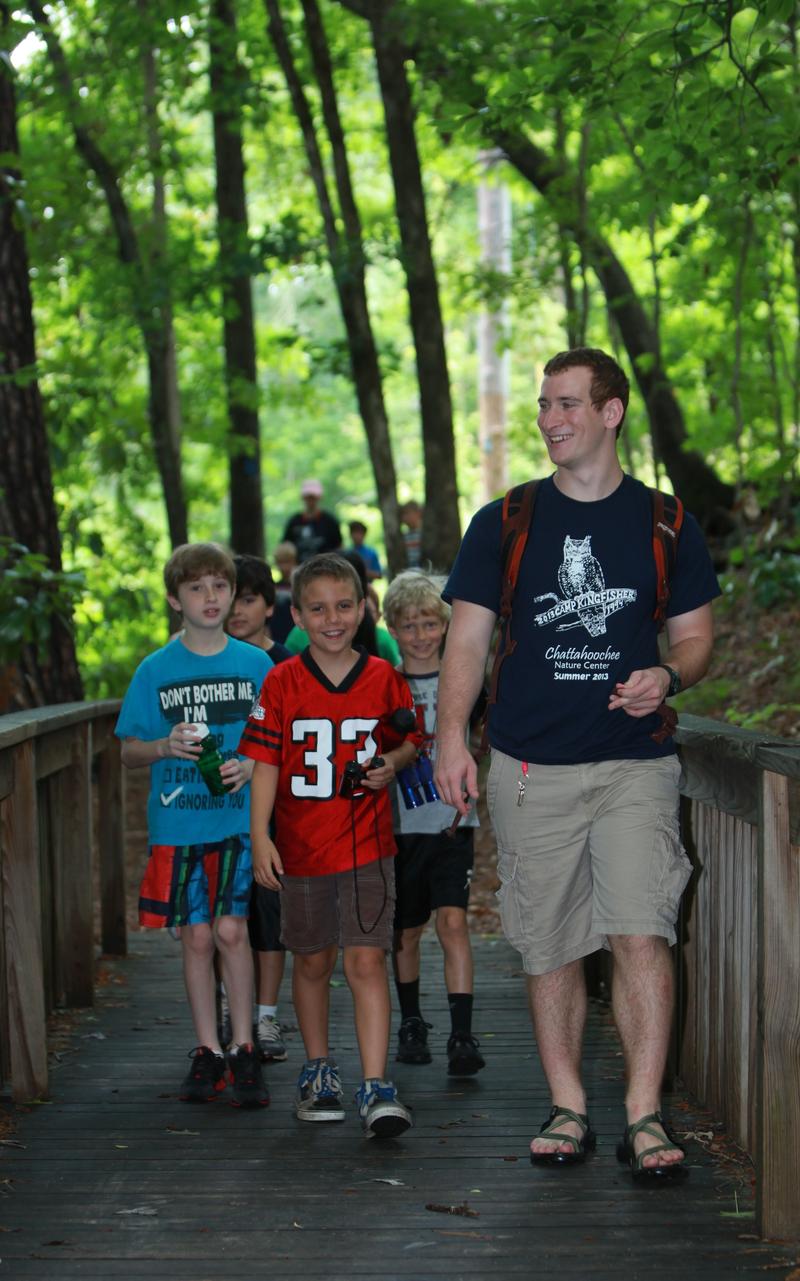 The center serves as a rehabilitation center for injured reptiles, amphibians and raptors. Some of the animals, including bald eagles, owls, hawks, turtles, snakes and opossums, are available for the public to see up close.

In addition to the wildlife, the center’s trails offer young visitors a chance to see animals in their natural setting. According to its website, “All trails feature an abundance of plant and wildlife, year-round birding and are perfect for beginner and experienced hikers.”

You don’t need a passport for this exotic animal safari. The Wild Animal Safari in Pine Mountain offers families a chance to take a drive on the wild side in a park with more than 650 animals.

The 3.5 mile drive takes visitors through over 200-acres where 65 species, including bison, camels, tigers and hyenas, reside.

For kids eager to learn to fish, the GoFish Education Center in Perry may be just the spot. The center, which is part of the Georgia Department of Natural Resources, Wildlife Resources Division aims to educate visitors about the watershed while highlighting issues around conservation and pollution.

The GoFish Education Center has a freshwater tank and local wildlife including turtles and alligators. Young visitors can try their hand at fishing in a pre-stocked pond.