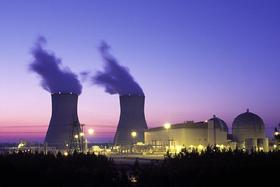 Radio Ad: “Even after four years of rate hikes, Georgia Power is asking for another increase.”

The ads come despite a tentative deal reached last month between the power company, state regulators, and consumer groups to lower the rate request from $1.46 billion to $873 million.

“There are people that are going to have to choose between their utility bill and their food. People now cut off their power during the winter and summer because they don’t have the money. These are not fantasy tales. This is the reality of the hard-working people of Georgia and we don’t see that reflected in the settlement.”

Company spokesman John Kraft says the settlement has broad support and stressed Georgia Power is acting in the best interest of its customers.

“A diverse mix have agreed that this is a fair way to approach this and that includes consumer advocacy groups like Georgia Watch and Southern Alliance for Clean Energy,” said Kraft.

As part of the settlement, Georgia Power agreed to lower its required profit level from 11.15 percent to 10.95 percent. (Georgia Power originally requested an increase).

Van Herik says the power company is still getting too good of a deal.

“Nationally, utilities are getting allowed profit rates of 10 percent. They’re already in the high end and while it’s certainly encouraging to see them reduce that, it’s not nearly enough for the people in Georgia who are struggling on a daily basis,” said Van Herik.

“By having the return that we get, a fair return to shareholders, that attracts the investment dollars we need from the private equity markets and it also helps support our credit ratings,” said Kraft.

In turn that makes it cheaper for Georgia Power to borrow money, which later is passed down to customers, according to Kraft.

“Over the past quarter century our total retail rates have averaged more than 13 percent below the national average so that’s what customers are paying,” said Kraft.

In any event, AARP is urging its state membership of nearly one million to speak out against the rate hike and pressure Georgia’s Public Service Commission to vote it down later this month.