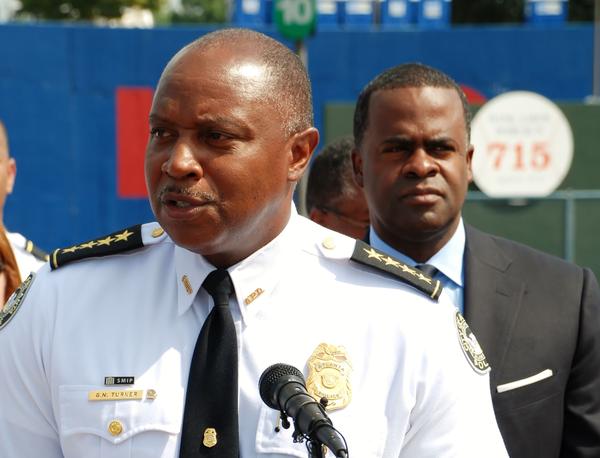 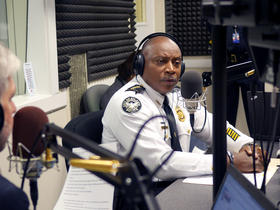 He is a 32-year veteran of the Atlanta Police Department, and some consider Chief George Turner a pillar of the community.

Under his leadership, and with strong backing from Mayor Kasim Reed, the Atlanta Police Department reached its goal of 2,000 sworn-in officers in 2013.

The department also ─ for the first time in its history ─ received the state certification from the Georgia Association of Chiefs of Police. New technology for patrol vehicles also has been added to department resources in an effort to more effectively fight crime.

On Monday, March 2nd, Chief Turner talked at-length with Rose Scott and Denis O’Hayer on “A Closer Look” about APD’s current manpower and budget. Also, take a listen, as he explains why it’s important to recruit officers from the community to prevent conflicts like those in Ferguson, Missouri, after the officer-involved shooting death of Michael Brown.

Listen to Rose Scott and Denis O'Hayer discuss Atlanta's crime rate and APD's approach to use of force when fighting crime, while talking with Police Chief George Turner.

And how is the city using a “geo-fence” around the English Avenue and Vine City community to reduce crime? Listen to the full length interview with Chief Turner to find out.

Rose Scott and Denis O'Hayer discuss in detail, Atlanta's crime rate, “geo-fencing” in some neighborhoods, use of force and building stronger relationships between the community and police.

Chief Turner also talked about use of force and how police conduct themselves in the community.  Denis pressed Turner one whether a civilian review board would have subpoena power if an officer gets out of line.  Turner responded “Well, no, they do not have subpoena power.”  When asked if the board should have that power, Turner disagreed, saying that he has mandated (in standard operating procedure) that officers will testify before the Citizens Review Board at his demand.

On Friday, March 6th, Samuel L. Reid II, Executive Director of the Atlanta Citizen Review Board, talked with Rose and Denis about the issue.  He clarified that the board was granted subpoena power by the city council in 2010.  According Reid, approximately 30 percent of complaints involving abuse of authority, discrimination in language or service attitude are dismissed – adding that the board is proposing its jurisdiction be increased so it can address such complaints.  He says the board only has jurisdiction over complaints of false arrest, false imprisonment, harassment, abusive language or excessive force.