For more than a decade, efforts to combat sex trafficking have included anti-sex trafficking campaigns and establishing tougher sentencing guidelines.

But, there’s never been one person at the state level solely devoted to prosecuting human trafficking cases. That’s changing.Broadcast version of this story. 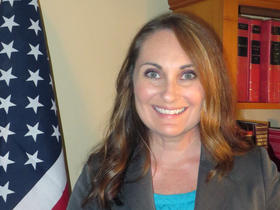 Often sex trafficking victims are transported through multiple counties. And when suspects are caught, figuring out which jurisdiction to try the case in can be problematic.

“So, I’ll have a girl trafficked in Fulton, but she was also trafficked in Cobb and then she spent some time in Gwinnett or she came from South Georgia.  So this will give me the ability to really work cases and not be confined by county lines.”

Child sex trafficking is a long time problem for the state and especially in Atlanta. There’s even been a campaign called Georgia’s Not Buying It. It’s aimed at those thinking about coming to the state and looking to purchase sex from minors.

If that doesn’t work, Wright says the state will aggressively prosecute and seek tougher sentences.

“So if you purchase someone for sex and they happened to be under the age of 18, you can be convicted of human trafficking. We actually convicted one of the first ones in Fulton just recently.”

Another duty for assistant attorney general Camila Wright will include taking the lead on statewide training for law enforcement and also working with advocates as they help trafficking victims.