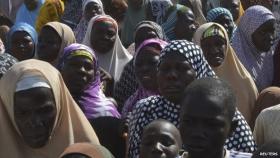 The disappearance of more than 200 Nigerian school girls continues to spark outrage throughout the world.

Two weeks ago the girls were abducted in the middle of the night, believed at the hands of the Islamist group BoKo Haram.

In Atlanta, WABE’s Rose Scott reports on reaction to the kidnapping. 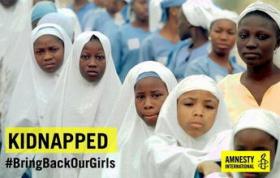 Each day there are different reports and nothing is concrete as to where the Nigerian girls have been taken.

There are reports some have been trafficked as sex slaves or forced into marriage.

These issues are familiar to Carol Boender.

“This is something that happens every day in different places around the world.”

Boender is with the Atlanta based international organization CARE and heads a division that works to end child marriages.

“There are thirty-nine thousand girls who are forced into marriage every single day, so that’s about one every two seconds.” 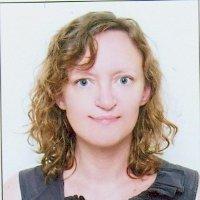 Although CARE is currently not working in Nigeria, Boender says young girls are often forced into horrific situations.

But that’s not the Nigeria, Ada Ngoddy knows.

She says it’s painful to hear and see what’s happening in her homeland.

“My spirits went down, pain and anger and total disbelief that somebody could do that, not just to the families, but innocent children.”

Ada Ngoody serves on the board of Otu Umunne, the Igbo Nigerian community in Atlanta.

It’s been decades since she left Nigeria, but Ngoody says girls were once valued there.

Ngoddy says she hopes other nations, including the United States, will offer assistance to Nigeria and rescue the school girls.