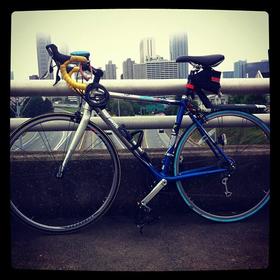 A pro-bicycle group has selected the City of Atlanta for a project to help build safer bike lanes.As heard on the radio

The group People for Bikes picked Atlanta and five other cites as part of its Green Lane Project.

The goal is to help the city build protected bike lanes, meaning lanes that are separated from traffic by curbs, parked cars or plastic posts.

“This design has been used in Europe for the last 40 or 50 years. It’s incredibly successful at getting people to ride bikes because it makes people feel safer,” said Martha Roskowski, who’s with the project.

As part of the Green Lane Project, Atlanta will receive some small grants and help building and designing bike lanes.

Roskowski said Atlanta was selected in part because of its plans to roll out a shared bike program next year. She said Atlanta asked for help with ways to engage the business community in related projects, as well as technical support.

“Figuring out how to carve out dedicated, separated space for bikes and make the intersections work really well is still an evolving art and science, so they were eager to tap into the national brain trust about how to build these really well,” Roskowski said.

Roskowski said the city has already chosen some streets as potential candidates for the protected bike lanes, but didn’t give specifics.

The other selected cities are Boston, Denver, Pittsburgh, Indianapolis and Seattle.