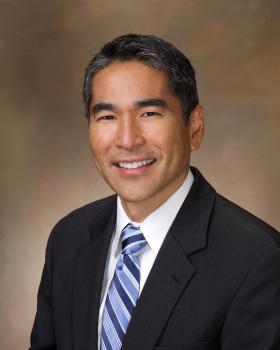 Wan, who represents a section of the city that spans from Candler Park through Midtown into Druid Hills, said since being elected in 2009, it was a request he heard repeatedly from his constituents.

And even though the resolution carries no legal weight, Wan came to agree with his neighbors and friends that it was an important symbolic statement.

“The more voices that chime in in support of marriage equality, the sooner the day will come where legislators realize where public sentiment is and how the national mood is shifting and hopefully it’ll get us to marriage equality sooner rather later,” said Wan.

Wan said a major impetus for introducing the resolution was personal. The job of his longtime partner was recently transferred abroad. In the event of a health issue, he worried about benefits and hospital visitation rights.

Wan’s partner is flying in to spend the holidays in Atlanta. They’ve set up an appointment with an attorney.

“We’ve been in a relationship longer than a lot of marriages have lasted yet we have to do all these extra steps to make sure we’re protected,” said Wan. “It just seems not right.”

The city of Atlanta recognizes domestic partnerships. Creating one involves drawing up a number of legal documents, including wills, power of attorney, and healthcare directives. But because Georgia has an explicit ban on same-sex marriage and civil unions, the documents may be ignored in state court.

Earlier this year, Atlanta Mayor Kasim Reed restated his support for civil unions, rather than gay marriage, saying he was “still wrestling” with his beliefs.

In any case, Wan believes the city and state are “evolving towards full equality.” He says he hopes the resolution is a reflection of that.

“The time felt right,” said Wan. “These are the little steps and victories that we as a community should be lodging on the way to get to the final destination. It lends Atlanta’s voice to the broader dialogue.”