Many Atlantans receive a vital boost to their yearly budget through their tax return, in the form of the federal Earned Income Tax Credit (EITC). 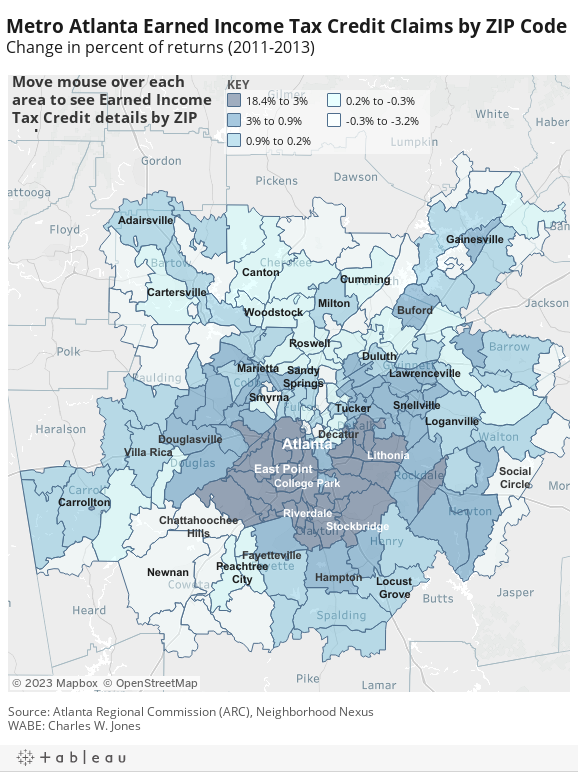 This map, compiled from research by the Atlanta Regional Commission and Neighborhood Nexus, shows the percentage change by ZIP code in the number of metro Atlantans who claimed the Earned Income Tax Credit on their tax returns from 2011-2013.

The EITC is a federal tax credit that aims to help struggling families get by on low wages. It is based on a sliding scale that takes into account a taxpayer or family’s yearly earnings, marital status and number of children. If the calculated tax credit is more than the taxpayer’s reduced taxes owed, the individual or family receives a refund from the federal government.

This visualized change can be used as an indicator of economic mobility in the region during that time period. Areas south of the city such as south DeKalb, south Fulton and Clayton counties gained EITC recipients, while other areas like Coweta County lost them in significant numbers. 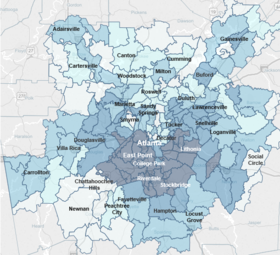 This story is part of a partnership with the Atlanta Regional Commission.