Coming soon? Self-driving cars on Atlanta roads as the city gets ready to make its streets “smarter” to accommodate these new vehicles.

The D.C.-based policy group, the Alliance for Transportation Innovation, kicked off a month-long cross-country roadtrip in Austell on Thursday with an Easy Mile electric autonomous shuttle.

“The city’s drive is to be a leader in [autonomous vehicles] and to be the city of the future,” DiMassimo said.

She said the nationwide tour of autonomous vehicles is great exposure for the public before the city gets ready to open its $3 million smart corridor project in Midtown.

On its smart corridors, traffic lights, road sensors, cameras and parking meters will communicate with each other and any self-driving cars on the road. 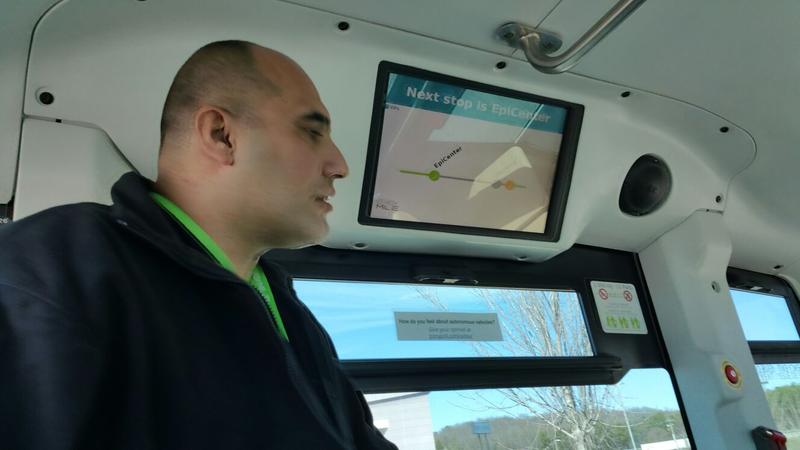 The smart corridor will run 4 miles along North Avenue from Georgia Tech to Ponce City Market.

DiMassimo said to expect to see more smart corridors in congested areas like Buckhead and near the new Falcons Stadium.

Don Francis is executive director of Clean Cities Georgia, an initiative under the U.S. Department of Energy.

“I think we’re going to see a lot of this very soon, and Atlanta has been and continues to be one of the leaders,” Francis said. “So this is just another piece.”

Metro Atlanta was the first stop on the shuttle’s cross-country tour. The next city is New Orleans.

The tour was organized by a D.C.-based policy group called the Alliance for Transportation Innovation.