Industry leaders in Atlanta say tech companies here do a little better — partly because there’s a more diverse pool of talent to draw from in the city. But those leaders also say there’s a still a long way to go.

Several groups in the Atlanta area are looking to change the picture.

Michael Street looks comfortable and relaxed at his alma mater, Morehouse College. In a gray t-shirt and blue jeans, he’s teaching freshmen how to code in a programming language called Python. 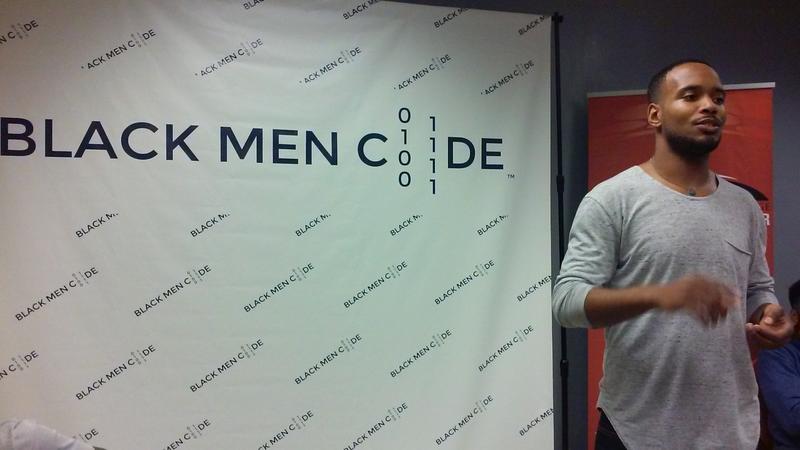 Street is the founder of Black Men Code, a nonprofit that teaches young African-American boys and men computer science skills for free.

He challenges students during a recent class to use Python to create a map of weather stations located near 100 buildings in the United States.

Students like Morehouse freshman Damon Redding said the group is a place where, as an African-American computer science major, he feels at home.

“You see what you want to be,” Redding said. “I see myself or who I want to be in everyone in the room. That’s what inspires me.”

That wasn’t always the case. He attended Heritage High School in Conyers, Georgia.

“In my school, there was no STEM program, but there was still Caucasians, and I guess Indians and Asians who knew about coding and programming,” Redding said. “We were kind of uninformed on that end.” 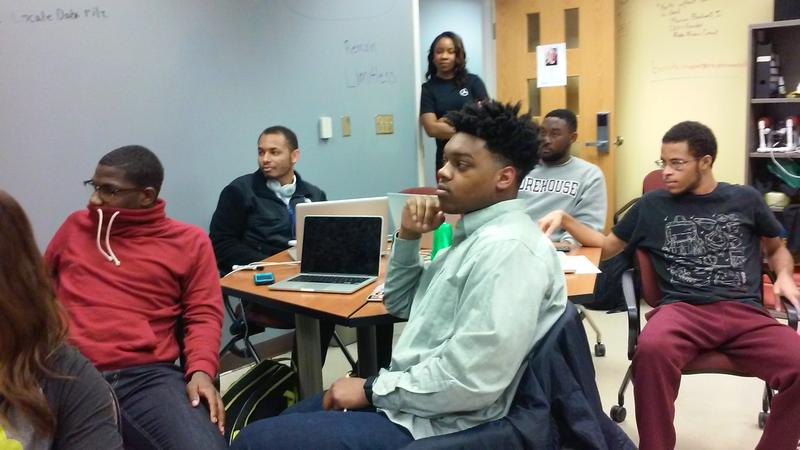 He said he and his African-American peers would discuss technology ideas like creating new mobile apps, but they never knew where to start.

He said Black Men Code helped him realize computer science is for African-Americans too.

His classmate, Morehouse College freshman Philip Rucker, said one reason there aren’t many African-Americans pursuing coding is that the field can be intimidating for some.

“People don’t believe that they can code,” Rucker said. “They think it may be too complicated or too boring. But once you get a group like this together – you learn from each other and see how easy it is to build on the stuff you already know.”

There’s more to coding than just the technical skills, however.

Black Men Code founder Michael Street said African-American students have another challenge once they graduate. They need to figure out how to break through the current tech industry climate. 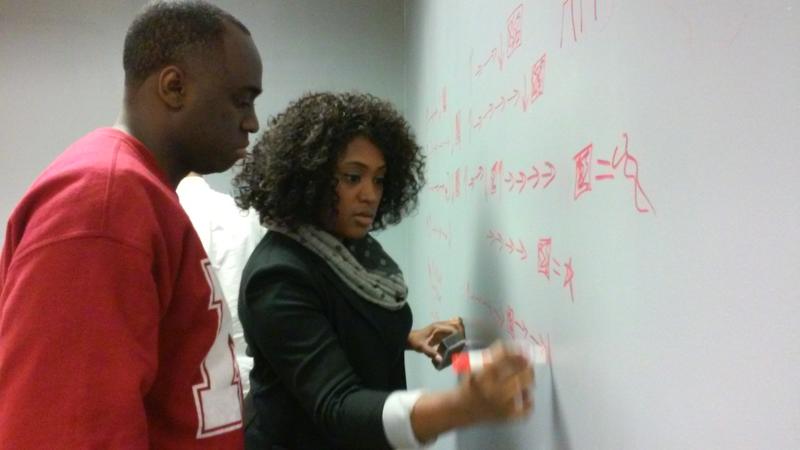 “Even individuals that have come from high socioeconomic status and went to the best schools, there can be cultural differences that are not understood,” Street said. “So you have an institution that’s largely homogeneous, and you may have the skills to get in there, but because of the homogeneity, they’re going to say you’re a bad cultural fit. It’s really a massive challenge because these companies have been making billions and billions of dollars operating in the way that they’ve operated.”

But, Street said, technology companies do realize they can’t keep growing without adding more African-Americans to their boardrooms and IT departments. Pinterest, for example, recently hired its first diversity chief, who is African-American. 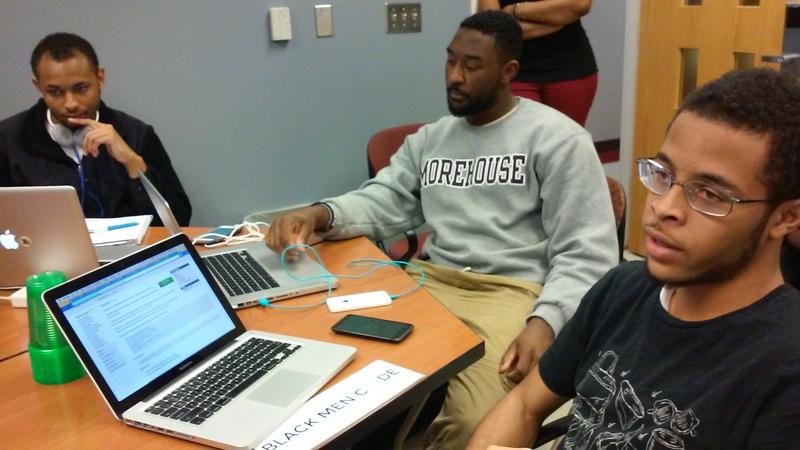 Russell is the founder of a website called Diverse Developer.

“If a recruiter is looking for a certain person in this certain area with this certain skillset, they can go on the site and they can search for that person,” Russell said.

His site is one of the first in the tech industry where applicants can clearly declare their ethnicity.

Companies are not allowed to ask for an applicant’s race during the hiring process, but on Diverse Developer, employers can easily find out without breaking the law.

“Atlanta has a very diverse population and I’ve seen more African-Americans get into this space,” Russell said. “But at the end of the day when I talk to my counterparts, they’re still one of two African-American developers or coders on a team of 20 to 25 people.”

Jaimal Scott is an account manager with TEKSystems, a national IT staffing firm. TEKSystems helps recruit candidates for more than 178 companies in Atlanta.

Scott says turnover is common within the IT industry. He says the company’s data shows that most IT professionals change jobs once every 18 months because they’re looking to learn new skills as technology changes and more lucrative opportunities arise.

“I wouldn’t say there’s a huge emphasis or effort on attracting diverse talent or developers,” Scott said. “Most organizations, their main concerns and frustrations is attracting and retaining top IT talent. The goal of most organizations is just to get the best possible IT talent no matter what the race or demographic is.”

He said employers are focused on an applicant’s technical ability, but also whether they would fit the culture of an organization. He said he doesn’t sit in on interviews and doesn’t have hard data, but has heard feedback from clients of different races explaining that they had different interview experiences.

“Living in the South, people might still be a little more prejudiced or racist than someone in the Northeast or out West,” Scott said. “I’ve had conflicting feedback from different candidates of two different nationalities interviewed that might have led me to believe that maybe a weaker candidate was selected, but that’s not something I can prove. It’s all subjective.”

Scott says sometimes minority candidates tell him they weren’t hired because they were told they weren’t a good cultural fit. When that happens, there’s not much he can do.

“All we can do is just ask questions to make sure we have a good understanding of what our clients mean by cultural fit,” Scott said. “We haven’t run into anything where we feel like someone was being outright discriminatory or doing something illegal. However, I feel like there’s been clients that have done that within the right business confines to not implicate them directly.”

“I think it’s healthy from a cultural standpoint,” Scott said. “It increases awareness around other people’s cultures; it gives you another angle to look at certain crisis issues, initiatives, scenarios, projects. I just think it’s a best practice to have a more diverse organization, especially because Atlanta is one of the more diverse cities in America.”

He said many African-Americans consider Atlanta to be one of the three “African-American Meccas” in the United States, along with Washington, D.C. and Houston, Texas.

Groups like Technologists of Color also trying to boost those numbers through networking. Members of the group often come up with tech solutions for communities that are being overlooked by larger tech companies. 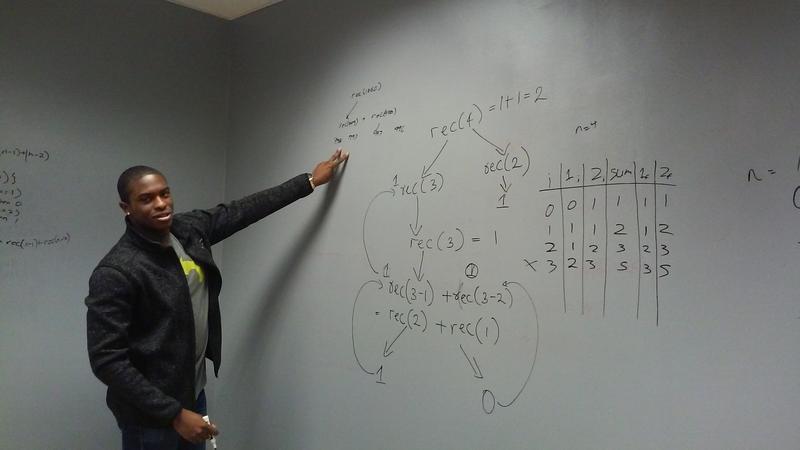 On a recent night at Colony Square in midtown Atlanta, more than 50 people attended a showcase of mobile apps.

Events like this are crucial for minorities in particular, especially if they don’t have access to established networks. 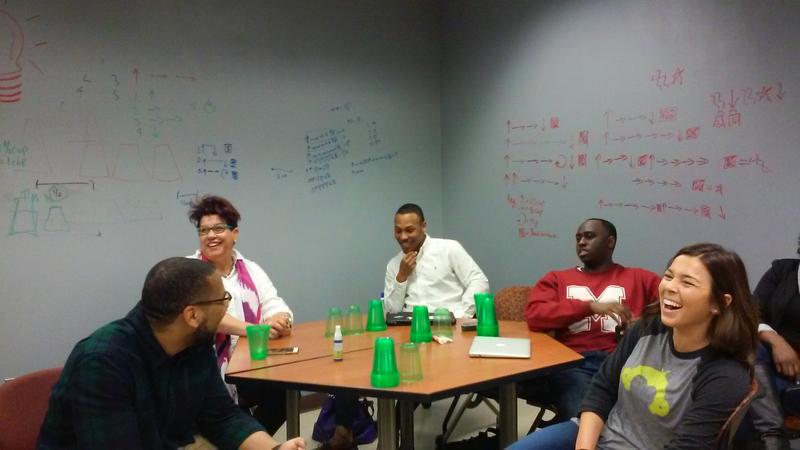 “Unfortunately African-Americans and Latinos don’t necessarily have that feeder for whatever reason,” Russell said. “So it’s absolutely who you know, not what you know, and people are looking for people they’re comfortable with.”

He said companies looking for diverse talent should look in Atlanta, where there are historically black colleges and universities with strong computer science and engineering programs.

“I can assure you that the people with the skillset are out there,” Russell said. “I think that the companies that are saying that they can’t find this talent; they need to be a little more creative in how they’re looking for these people. It’s not very complicated. You would think that Atlanta would be a feeder for some of these large organizations.”

Russell said he hasn’t seen much progress on that front, however, and he hopes that will change.