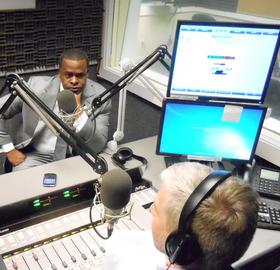 Next week the Georgia Department of Education holds a conference to help educators fight human trafficking.

It’s been several years since new information has been reported into how many children are exploited statewide and locally.

And that includes Atlanta Mayor Kasim Reed who this week talked with WABE about the need for new information regarding sex trafficking.

“But it flows through a ten-county region. People just know the name Atlanta. So what I would like to do is just have accurate data, not to avoid responsibility, but to do a more capable job of policing it and pushing back on it.”

Atlanta has been tackling the issue since Shirley Franklin was mayor.

And the city has partnered with other agencies to combat the crime.

Mayor Reed believes Atlanta should not be singled out as the only place for sex trafficking.

“A large part of the sex trafficking trade is done outside of the city limits in rural areas intentionally, because folks don’t like to draw attention to it and because we have pushed a lot of that activity out.”

The responsibility now for tracking and reporting data on child sex trafficking is with the Governor’s Office for Children and Families.