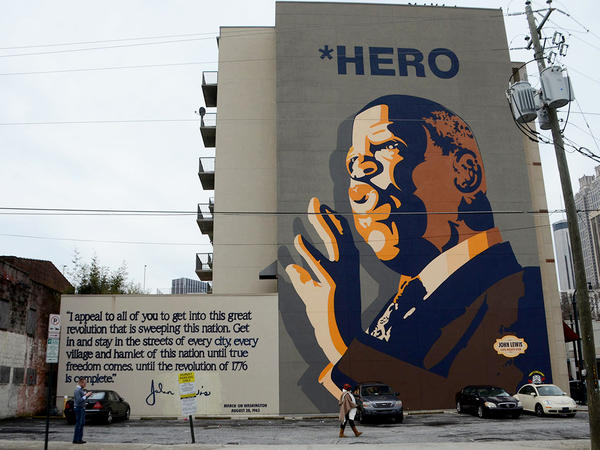 A visit to Philadelphia inspired Atlanta-area civic leaders to start a public art campaign that they hope will reflect the region’s many communities and its diverse history.

The ARC program, which is being conducted in conjunction with the Arthur M. Blank Family Foundation, officially kicked off in March.

Local government agencies and other public, community and nonprofit organizations in the 10-county ARC area have until Aug. 3 to apply for matching funds in a competitive grant process.

The program isn’t just about improving the aesthetics of neighborhoods with art, but also is about using art to foster community development and engagement.

“Public art, in its best case, talks about who a community is,” Burbidge said. “It creates welcoming space. It’s beautifying a community.”

The Philadelphia project emphasized mural arts and was originally designed as an anti-graffiti initiative nearly 30 years ago. Today, 3,900 murals later, it continues as the largest public mural arts program in the world.

The ARC grants will be given for artworks in many forms. But as an Atlanta example, Burbidge cited a mural of civil rights icon and Congressman John Lewis that was unveiled in 2012 on a side wall of the Renaissance Lofts on Auburn Avenue.

Burbidge said the grant recipients will be announced in September, and that public art stemming from the program grants will begin appearing around the Atlanta region over the next year.