Suburbs are becoming home to more and more of our nation’s poor. 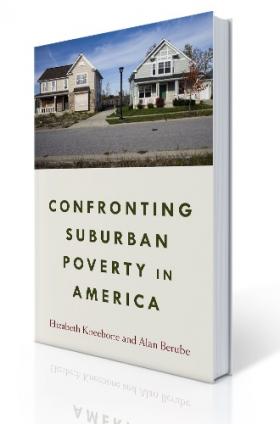 As a whole, researchers found an average increase in poverty of 64% in the nation’s largest 100 metro areas.

In Atlanta, the figure is close to 159%, making it the the largest increase of any US city.

Elizabeth Kneebone is a fellow at the Brookings Institution and co-author of the book, “Confronting Suburban Poverty in America.”  She says increases are happening two ways:

“Either low income families are moving into the suburban communities for the first time, or they are long-term residents that have been hit by the recession or structural changes in the economy  that are slipping down the economic ladder.”

Despite the rapid rise in suburban poverty, Kneebone finds programs to deal with the issue remain largely urban-focused.