At the South by Southwest festival, participants stopped by the Metro Atlanta Chamber of Commerce booth and put on virtual reality (VR) headsets to experience Atlanta.One of the 30-second vignettes of what people heard through the virtual reality headset

Virtual reality has mostly been associated with gaming or selling a brand, but groups like the Metro Atlanta Chamber are using it to recruit candidates. 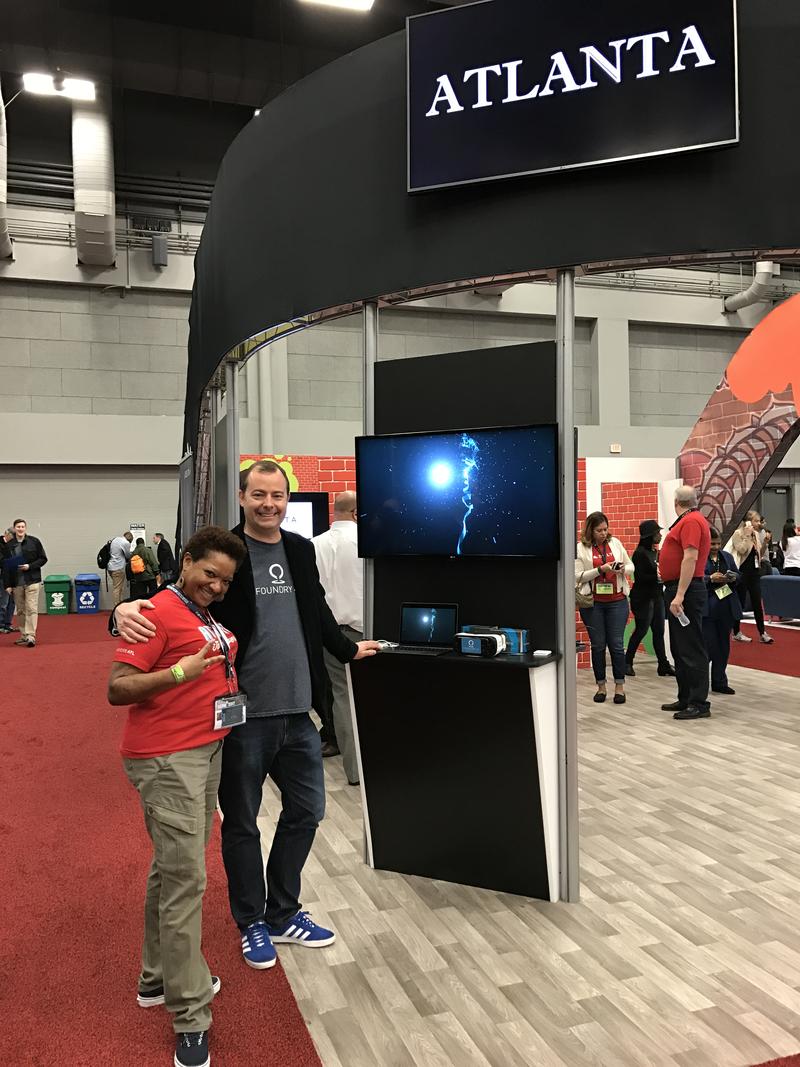 “Virtual reality is a great way to actually transport somebody from the other side of the country to your headquarters here to see what it’s like to work here,” Beck said.

Grant Wainscott, senior director of technology ecosystem expansion at the Metro Atlanta Chamber, said it was a hit at the festival.

“It helped job seekers and people who had never ever been to Georgia or to Atlanta get a feel for what it was like to work at one of our cool tech companies, or to walk on the BeltLine, or see a concert at Tabernacle,” Wainscott said.

Dave Beck with Foundry 45 said he plans to double the size of his staff of five employees by the end of the year.

The Metro Atlanta Chamber estimates there are now about 50 virtual and augmented reality (AR) companies here, up from just a dozen five years ago.

Unlike virtual reality where you are totally immersed in a virtual environment, augmented reality involves having images, texts and sounds superimposed on what you see in front of you.

Last year, Wainscott helped recruit a United Kingdom-based augmented reality company Skignz after meeting with them at the South by Southwest festival in Austin.

The company opened its U.S. headquarters across Krog Street Market in northeast Atlanta in April 2016.

Jamie Clarke is the head of operations at Skignz. He said it’s hard to identify a global hub for this kind of technology. There are a cluster of virtual and augmented reality companies in places like San Francisco’s Silicon Valley, New York, London, but Clarke said Atlanta is a good place to be.

“Atlanta is really quickly becoming an epicenter for technology. It’s really starting to show itself on the map,” Clarke said. “We’ve been in several cities around the world, but the combination of the welcoming attitude, how we’ve been embraced by people in the business community, people on the street, it’s been really, really progressive for us.”

At the festival, Skignz developed augmented reality technology for people to watch End of Life, a pilot TV series which involves zombies on college campuses. It was shot in Georgia and inspired by The Walking Dead.

Wainscott said companies like Delta have entire teams devoted to promoting virtual and augmented content on their websites. 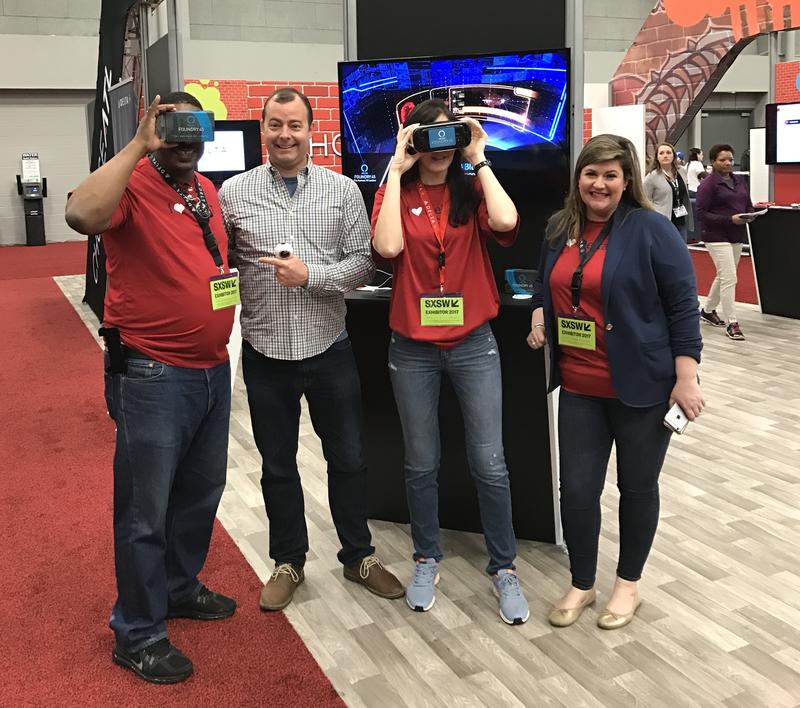 “You have the creators, you have the consumers and then you have the platforms,” Wainscott said. “The unique thing about Atlanta isn’t just the content creation and the companies that are creating the AR and VR experiences, but it’s the third largest concentration of Fortune 500s in the country that are actually utilizing that technology and helping our AR and VR companies grow.”

The Savannah College of Art & Design also has a robust program, and said it “pioneered the use of augmented reality technology to create the first augmented-reality driven college catalog produced and designed entirely by the university.”