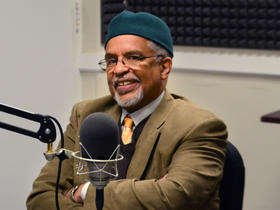 We’ve all heard the questions in the days following the Paris terror attacks: Since the killers were Muslims, do other Muslims have a duty to publicly condemn what they did? And is it right or fair to demand that?

Atlanta has been home to a growing Muslim community for many years. Some are American-born, even Atlanta natives; some came here from other lands.

Imam Plemon T. El-Amin has been a leader in Atlanta’s Muslim and religious communities for decades. He is a native Atlantan, and the Imam Emeritus of the Atlanta Masjid of Al-Islam. He spoke with WABE’s Denis O’Hayer at the station’s studio.