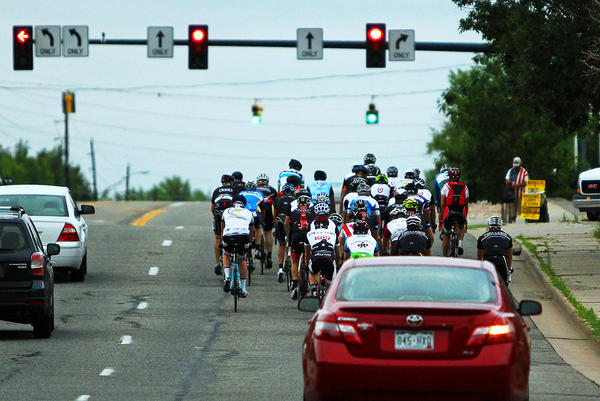 If you ride a bicycle or motorcycle, you could soon be able to make your way through intersections without waiting for a red light to change. That’s because of a bill passed by the Georgia Senate yesterday.

Before going through an intersection, riders would have to come to a complete stop and make sure there are no other vehicles within 500 feet. But they could only go if they believe their bicycle or motorcycle wasn’t triggering the stoplight. Currently, like cars, bicyclists can turn right on red, but they’re not supposed to go straight or turn left.

The bill is welcome news to Michelle Barclay. She commutes on her bicycle to work and says there are several Atlanta lights that don’t change for those on two wheels.

“The engineering is not geared for bicycle commuters,” says Barclay. “It’s geared for cars, and so I think allowing us to just roll to a stop, but just start right back up again if we don’t have any traffic, and if the light isn’t triggered, allows us to go forward, instead of us as bicyclists trying to figure out how to trigger the lights.”

But other bicyclists like John Dell worry it could lead to more accidents and injuries, especially among young cyclists.

“It’s dangerous, just because kids might misinterpret the law, or take it how they want to take it,” says Dell. “The car might not be 500 feet. They might think they can go across. Everyone is not being responsible.”

The bill passed the Senate with overwhelming support and is now in the hands of House lawmakers.