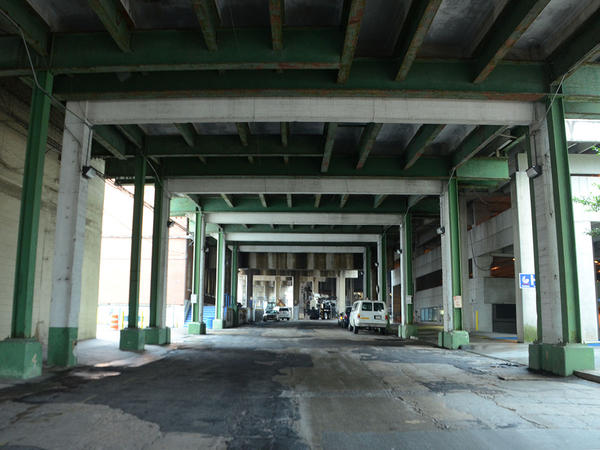 Atlantans don’t have to look very hard for signs of the city’s infrastructure problems, like big potholes, crumbling sidewalks or bridges in disrepair.

That’s because the city is nearly $1 billion short on funding these kinds of projects, according to the mayor’s office.

In a few weeks, officials plan to hold a vote on taking out $250 million in bonds to start addressing this backlog, and city officials say an OK from voters is imperative to the Atlanta’s future. In a video pitch to voters, Atlanta Mayor Kasim Reed paints a pretty grim picture of what will happen if the city doesn’t get to work on the list of projects soon.

“If we don’t take this on, it will grow to be $1.5 billion, then $2 billion, and soon we will face a crisis we cannot solve,” Reed says.As heard on A Closer Look

But how will supporters drive turnout for a vote in an off year, on St. Patrick’s Day, when people typically aren’t thinking about elections? A look back to the 2013 municipal election, when Reed secured his second term, had turnout at a dismal 17 percent despite months of campaigning from office hopefuls.

Reed says the city is about to start a big media campaign with TV commercials, radio ads and mailers.

“In a very short amount of time, people will feel like they’re in a campaign. But what we’ve learned is people don’t want a long campaign,” he says.

But that campaign hasn’t started yet, and the vote is just over two weeks away. Elected officials have been doing some automated calls, and the city has held more than 40 public hearings about the bonds. There are also social media accounts to promote them, though with little notice: about 160 twitter followers and four Facebook likes as of Friday.

For his part, Reed is confident the vote will go his way.

“I have a philosophy of winning, and if 10 people come out and vote and six people vote for it, it’s going to pass. So I’m not going to get trapped in what the turnout is,” the mayor says. “Whoever votes is going to decide it.”

Two recent polls show an overwhelming number of voters favor the move. But on a cold February night in the Kirkwood neighborhood, only about a dozen people turned out for one of the last few bond meetings.  Most of them weren’t there to express unwavering support of the city’s plan, but rather were unsure or opposed to it.

Robert Osbon, a Kirkwood resident, says he’s against one of the suggested projects: a revamp of DeKalb Avenue. It calls for what’s known as a complete street project, removing the reversible middle lane for bike lanes and sidewalks.

“The complete street idea is not in the best interest of commuters and it seems like that is on the list to stay, and so I don’t know that I’ll be able to support the bond,” Osborne says.

Another Kirkwood resident, Mary James, says this meeting is her first real look at the bond proposal. She found out about it through her neighborhood association.

“If it wasn’t posted on Facebook,” James says, “I probably wouldn’t have heard about it.”

James thinks the projects are desperately needed, but she worries a big block of naysayers could vote down the referendum.

“I think a lot of people know about it, but maybe not enough.”

Gillespie says these types of elections tend to bring out only the most politically engaged people, and “that’s not the vast majority of Americans or of Georgians or of Atlantans.”

But the Emory professor says the city does have some advantage in these kinds of smaller races, in that officials can identify and target their message at the people they know will vote yes.

“If they can focus their get out the vote efforts on sort of a small subset of the population,” she says, “then their odds of actually being able to be victorious are actually pretty good.”

One local group is trying hard to mobilize its members. The Atlanta Bicycle Coalition has been sending out emails, posting Facebook reminders of the meetings and getting people to weigh in during public comment periods. In a low-turnout election, the bike coalition’s 1,400 members could be a lot.

Rebecca Serna, who heads the coalition, says the group has been weighing in on the project drafts. She feels confident her group will be able to turn out a lot of its members.

“I think the people that are experiencing the city’s infrastructure first hand – when you’re on a bike, you feel every pothole – are especially motivated to get out and vote,” she says.

Still, Serna says she wishes there was more online outreach from city officials.

“You have to reach people where they’re at, and I think they’re starting to do more with social media side of things,” she says. “That’s where we’ve had the highest level of engagement. So I think having more of that conversation online and in social networks, where people are already spending their time, would be helpful.”

Early voting has already started on the bond referendum. The fate of the vote will be decided on March 17.

This story is the first in our series on the upcoming bond referendum.

You’ll hear more about the referendum from WABE reporters in the lead up to the vote.