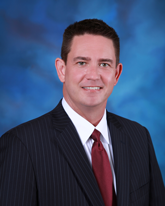 Now that Bobby Cagle has been tapped by the governor as the new interim director of the Division of Children and Family Services what will he bring to the agency?

Speaking last week, Cagle said stabilizing the agency will be a priority.

“I am very familiar with the fact that there have been a number of leaders at DFCS,” he said. “Stability is an issue, and we have to achieve better stability.”

Originally from North Carolina, Cagle has served as commissioner of the state Department of Early Care and Learning, or DECAL, since 2011. Before that, he was with DFCS for about five years, first as the family services director and then as director of legislative and external affairs.

Cagle said having worked at the division will help ease the leadership change.

“I have been there,” he said. “I know child welfare policy. It is my background, so I think I can bring stability to that group. I know the people working there as well. That is going to give me a leg up on people who start fresh new.”

To those who work within the state’s child welfare system, Cagle’s is said to be highly regarded. Many describe him as a strong leader who can unite a fractured agency, but one who’s also willing to listen to stakeholders.

Democratic State Rep. Mary Margaret Oliver first met Cagle when he was with DFCS. She said he’s well regarded with the staff.

“He has the respect of rank and file workers up and down DFCS, in my opinion,” she said.

The Decatur lawmaker said as DECAL’s leader, Cagle has done a good job bringing grant money into the state, namely to build up the daycare rating system, Quality Rated.

Mindy Binderman, who heads the Georgia Early Education Alliance for Ready Students, worked with Cagle on the rating system. She echoed Oliver’s sentiments.

“To make sure people are informed about what he’s doing, he asks their opinions,” she said. “And sometimes he doesn’t take our options, but he lets us know why, and I think that that’s really refreshing when it comes to government.”

Pam Tatum heads Quality Care for Children, another agency that’s worked closely with Cagle.  She said prior to Cagle’s taking the helm of DECAL, the agency was

“The childcare community was very fractured, and there were people who thought we would never get the support we needed to develop a quality rating system,” she said. “I think our success has largely to do with inclusive style of leadership.”

She said he could be hampered by the same funding and staffing issues that have plagued DFCS for years.

“If what they need is strong leadership, that he is the right person. I hope that they give him the resources to go along with it,” she said. “I’m not sure to what extent there is a resource issue. My guess would be that in Georgia there’s always a resource issue.”