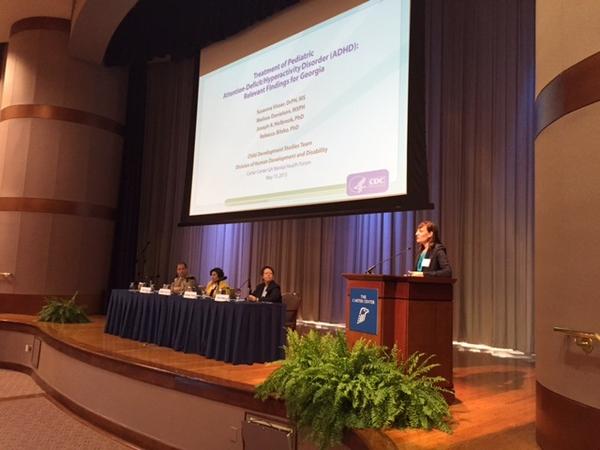 Too many young children in the U.S. and Georgia with attention deficit hyperactivity disorder might be getting medication rather than behavioral therapy. That’s according to the CDC, based on results from its national parental survey on ADHD. The survey was presented by a CDC researcher during a recent mental health forum at The Carter Center.

The CDC survey was done in 2009 and 2010. It was the first national study that looked at behavioral therapy, medication and dietary supplements used to treat children with ADHD between the ages of four and 17 years old. What researchers found was that four out of 10 diagnosed with the disorder are treated with medication only.

“We also know that approximately 194,000 preschoolers have current ADHD and that the rate of medicated ADHD has increased, really doubled in just four years,” says Dr. Susanna Visser, an epidemiologist with the CDC and lead author of the study.

The survey was done before new guidelines from the American Academy of Pediatrics, which say behavioral therapy is the safest treatment for children under six years old.