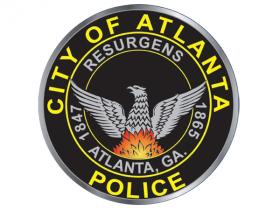 In the next 90 days, the Atlanta Police Department will have to submit a plan to the city about the feasibility of police officers wearing body cameras after the Atlanta City Council passed a resolution earlier this week requiring it to do so.As heard on the radio

Moore said Wednesday it was inspired by the shooting of unarmed 18-year-old Michael Brown by a police officer in Ferguson, Missouri.

“I’ve been watching the coverage of Ferguson like everyone else, and I saw a few reports about the body cameras, and I just thought it was a good idea,” she said.

A department spokesperson said APD is on board with using them, but it’s still trying to figure out the logistics, like pricing, storage and software.

But detractors are concerned officers would have the power to turn the cameras off or point them in a different direction.

Moore said both APD and the council need to be cautious in outlining how officers should use the cameras.

“In the case that they don’t, there probably needs to be some sort of progressive discipline, definitely a lot of training,” she said.

Moore said those details will likely be worked out between APD and the Council.