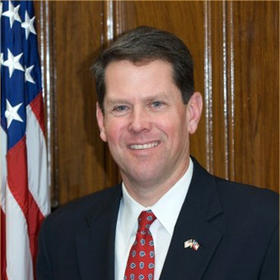 The national Lawyers’ Committee for Civil Rights has sued the Georgia Secretary of State and five county election boards to make sure tens of thousands of voter registration applications are processed in time for the November election.As heard on the radio

Civil Rights lawyers say around 55,000 paper registrations appear to be lost or inexplicably pending in the state’s voter system, according to the Atlanta Journal Constitution, which broke the story Friday.

In Georgia, more than 50,000 of the paper forms submitted by the group seem to be lost in the state’s voting system, Lawyers’ Committee attorney Julie Houk said. They neither appear on voter rolls nor do they show up on lists of “pending” voters who have been asked to provide more information to verify who they are.

An additional 5,000 of the forms do appear on pending lists, but Houk said some of the forms show the information originally submitted — such as the last four digits of a person’s Social Security number — to be accurate. In other words, the Lawyers’ Committee is questioning why these voters must provide additional proof of identification.

The applications were part of an overall registration drive that resulted in more than 85,000 new applications to the state’s voter system.

Along with Secretary of State Brian Kemp, Fulton, DeKalb, Chatham, Muscogee and Clayton counties were named in the suit for their handling of voter applications.

The applications had been turned over by the New Georgia Project, a group founded by Democratic House Leader Stacy Abrams to register more minority voters.

Kemp opened a voter fraud investigation into a few dozen of the New Georgia Project’s applications and says he’s confirmed 50 forgeries so far. Earlier this week Kemp declined requests to meet with the group.

“They’re using that for political purposes, and that’s fine,” he said. “That happens in an election year. But our job in the secretary of state’s office is to make sure we have secure, accessible, fair elections in Georgia.”

In response to the suit, a spokesperson for Kemp said, “The state is following the law,  and any lawsuit to the contrary is frivolous.”

Kemp’s office says it has yet to see the lawsuit.