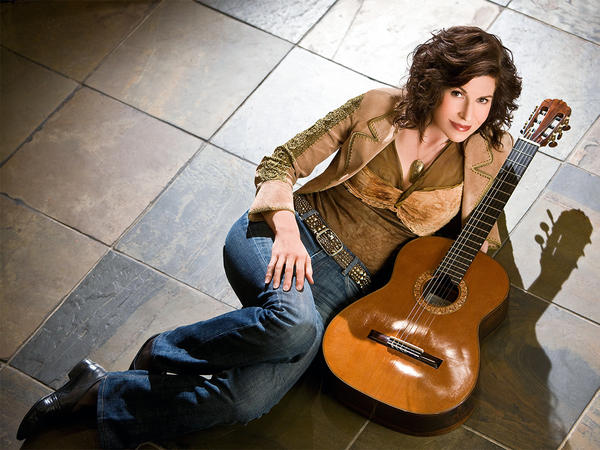 Sharon Isbin discusses her career with Lois Reitzes, including the role that meditation has played in her work and life.

Sharon Isbin’s childhood interest in becoming a rocket scientist — seriously — came with a proviso from her father.

Before she could go outside and launch her model rockets, he wanted her to spend an hour a day practicing the guitar.

The daughter of a Minnesota nuclear scientist and professor complied, and quickly fell in love with the instrument and its classical idiom.

At 14, Isbin won a competition that meant performing in front of 10,000 people accompanied by the Minnesota Orchestra. An acclaimed recording and performing career was born, and Isbin continues to expand her mastery of her field.

On Saturday, Isbin, who has been called “the Monet of the classical guitar,” will be performing with mezzo-soprano Isabel Leonard at Emory University’s Schwartz Center for the Performing Arts in an all-Spanish concert.

(All tickets are $40; visit Atlanta PlanIt for more information.)

The concert is part of the 2014-15 Flora Glenn Candler Concert Series, and features works for voice and guitar by Manuel de Falla, Joaquín Rodrigo, Isaac Albéniz and Federico Garcia Lorca.

Leonard, who has Argentine heritage, has performed in a recital at Spivey Hall, and her career includes appearances with the Metropolitan Opera and opera companies around the world.

The most recognizable piece in Saturday’s program, and one of the most famous in all of classical guitar, is “Asturias,” Albéniz’s signature work.

Isbin has performed it countless times during her illustrious career, which includes multiple Grammy Awards, more than 25 recordings and performances with more than 170 orchestras.

On Saturday, she will perform the version of “Asturias” arranged by Andrés Segovia, who is synonymous with the piece and who was among Isbin’s early teachers.

Segovia also encouraged her to start a guitar department at the Juilliard School of Music.

Reitzes asked Isbin if the lyricism evident in her playing influences her approach to the guitar in ways similar to that of a singer.

“That’s always been my model,” said Isbin, who is debuting a new concerto for guitar and orchestra next month. “There are certain things you can do on a guitar that are very much like a singer, that you can’t do on a piano.”

The composer is Chris Brubeck, son of the late jazz pianist Dave Brubeck.