Sprawl. It’s nothing new to car-centric Atlanta. But all those those reports we hear on the state of sprawl can get confusing, especially when they seem to contradict one another outright.

Take two recent studies: one from Georgetown University declares that “Atlanta is no longer the king of

sprawl.” Smashing news, until you see the study from Smart Growth America, claiming that “Atlanta is the most sprawling big metro in the U.S.”

To clear things up, we turned to Darin Givens, who recently wrote about this topic on his urban livability blog ATL Urbanist.

Darin Givens is one of a long line of demographers, geographers and planners who have looked at the extent of Atlanta’s sprawl.  One of the most compelling visualizations of the sheer size of the Atlanta metro area comes from Matthew Hartzell, who calculated that the Atlanta area could hold as many as 100 million people!

He shows his work in the graphic below. We have more, too, at the link above. 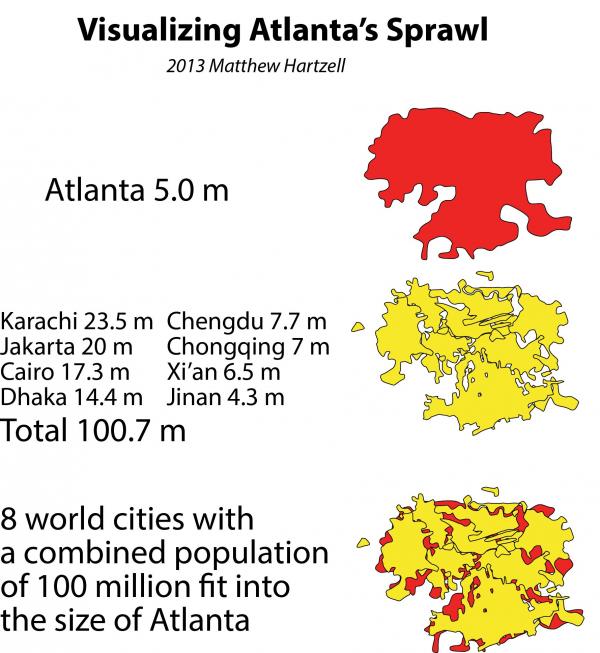 Funding is provided by The Kresge Foundation, working to expand opportunities in America’s cities through grantmaking and investing in arts and culture, education, environment, health, human services and community development efforts in Detroit.