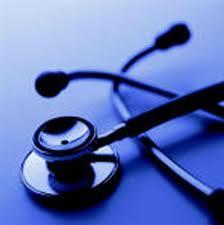 Some Georgia Congressmen are reacting to a Republican-backed bill that passed the U.S. House of Representatives Friday – a bill that could bring changes to the Affordable Care Act.

House Republicans – with the help of 39 Democrats –passed the Upton Bill, which was spearheaded by Michigan Rep. Fred Upton.As heard on the radio

The bill calls for a temporary reinstatement of some canceled individual insurance policies. Under the proposal, insurers could continue selling plans through next year that don’t meet the coverage standards set by the Affordable Care Act.

Speaking on the House floor before the vote, Democratic Rep. Hank Johnson called the plan “an attempt to sabotage the president’s signature legislation.”

“There are over 100,000 people who’ve now been able to attain insurance under the Affordable Care Act. It’s working. We need to work to improve it, and I stand ready to do so,” Johnson said.

The clunky rollout of the Affordable Care Act and criticism over canceled plans prompted President Obama Thursday to change course on the law. Just like the Upton Bill, the president’s proposed fix allows those whose individual plans were canceled to stay on their existing policy through next year.

In contrast, the Upton Bill allows new customers to also buy those plans, even though those individuals would eventually have to move off those policies because they don’t include all the benefits required by the law.

Critics contend that would upend progress on the Affordable Care Act’s rollout because it would drive people, mainly young, healthy individuals, away from more comprehensive – though possibly more expensive – policies.

“If you and I are in a plan together, and I drop out, there’s no risk sharing anymore. It’s all you as the risk. The insurance pool doesn’t work unless we’re sharing risk,” Woodall said.

And Republican Rep. Phil Gingrey points to the much-derided federal health exchange website, saying people who’ve struggled to sign up for individual plans might face a gap in their coverage, and therefore need other options.

“If you slowly move people off these policies … and they are not able to get a replacement policy from their health insurance company or on the exchange because our government has failed to allow them to get on these exchanges, and there’s a gap in their coverage, and they’re going bare, and they get run over by a Mack truck, what’s going to happen to them?”

Republican Rep. Tom Price said the option to choose one of the reinstated policies shouldn’t be limited to pre-existing holders.

“What we’re trying to do is make it fair – make it fair for individuals to choose what they want,” Price said.

But both Woodall and Price say Republicans don’t have any promises that insurers will continue to sell those reinstated plans.  Woodall said the Upton bill wasn’t meant to fix that problem.

“The president made promises,” Woodall said. “Those promises have broken. And the Upton Bill today does not and cannot make good on those promises.”

Gingrey, meanwhile, questions the legality of Obama’s move, saying the president needs congressional approval to change his own law.

“Now he could come back to Congress and ask for a change – and indeed we did that in the House of Representatives. We made that change. It took the pressure off of him in a way so that there was no question about him breaking the law or doing something that’s unconstitutional,” Gingrey said.

The president has threatened to veto the Upton bill. It’s unclear how Senate Democrats will proceed.