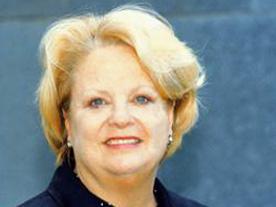 On Monday, October 28, 2013, Georgia Juvenile Justice Commissioner Avery Niles announced the state will not renew the contract with Youth Services International to manage the Paulding County Regional Youth Detention Center, and the facility will close at the end of the year.

In June 2013, a U.S. Justice Department survey found Georgia had one of the nation’s highest percentages of young offenders who said they had also become victims of abuse — including sexual abuse — in Georgia’s juvenile detention facilities, and the Paulding County facility had the highest rate of abuse allegations.

(Notes:  Commissioner Niles did contact WABE, unfortunately after the daily deadline for this interview.  We are working to arrange a future conversation with him.  Officials at Youth Services International have so far not returned a message left at their home office.)

(Technical Note:  Usually, we post expanded versions of our 5:44 interviews.  But technical problems have prevented that for this one–at least for now.  We apologize, and are trying to fix the problems, in hopes of posting the expanded version soon.)