The Georgia Supreme Court sided with Gov. Nathan Deal and Kia Motors in an open records battle over hiring documents for a Kia manufacturing plant in West Point. In the lawsuit, several unemployed, union auto workers accused Kia and state officials of creating a screening and hiring process that excluded union workers.

The unanimous ruling reverses a Fulton County Superior Court decision. The lawsuit was filed after the former auto workers were denied documents related to the recruitment, application and hiring process for the Kia plant by Quick Start, a Georgia job training program. Last year, the state legislature passed an amendment to the state’s open records act, which shields certain records pertaining to the training program from public inspection. Justices ruled the change is constitutional and retroactively applies to the case. 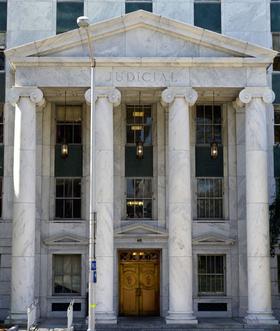 WABE legal analyst, Page Pate, says, “There’s not a lot of precedent out there and so they had to really try to look at the constitutional provisions in our state constitution primarily to determine if the legislature was taking away a private right that belonged to the plaintiffs in this case. They concluded that they were not, that the open records act is was meant to benefit the public, so they can change it at will.”

And Pate says the ruling sets a potentially dangerous precedent.

“I don’t know that this is going to come up often, but basically it’s a separation of powers problem. If there’s pending litigation and the governor or members of the general assembly don’t like the direction it’s been going. They then enact a law to change the course of the litigation after it’s already been filed.”

A spokesman for Governor Nathan deal says, “This ruling is important not just in this case but also for the precedent it sets. Companies looking to locate in Georgia now have confidence that the state will be a team player and will provide a great business climate for creating jobs. This decision firmly backs up the governor’s legal reasoning in this case.”

A spokesperson for the Georgia Attorney General says, the office is “pleased that the Supreme Court has clarified the law in this area.”

Even though justices ruled the amended law applies to the case. In the opinion, Justice Keith Blackwell said the court can’t say “every record requested is excepted” under the law. The case now heads back to Fulton County Superior Court.

Kia started accepting online applications in January of 2008. By February, Kia received approximately 43,000 applications to fill 1,200 jobs needed to begin automobile production. In 2008 and 2009, more than 10,000 were interviewed for positions through Quick Start.