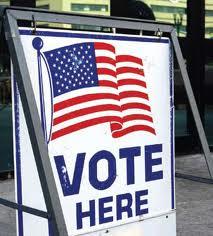 The May 20th primary election is less than two months away, and the primaries for U.S. Senate remain crowded with a total of 11 candidates between Democrats and Republicans.

So how do candidates set themselves apart in crowded races?As heard on the radio

The short answer:  It comes down to money, said Steven Anthony, a political science lecturer at Georgia State University and former executive director of the state Democratic Party.

“It usually always does, and I don’t see this being any different,” Anthony said.

By his metric, U.S. Congressman Jack Kingston, who has about $3.4 million on hand, has the edge in the Republican US Senate primary.

That’s about a million dollars more than Congressman Phil Gingrey, who currently sits at $2.36 million.

Third in money so far is former Dollar General CEO David Perdue with around $1.76 million.

The remaining candidates on the Republican side have less than a million dollars on hand. They include Congressman Paul Broun, Former Secretary of State Karen Handle, attorney Art Gardner and network engineer Derrick Grayson.

Anthony said with this year’s earlier primary date, the three congressmen have the advantage to head to a likely runoff because they have better name recognition and a stronger district voting base.

Insider Advantage CEO Matt Towery said money isn’t enough; office hopefuls have to be on TV. In that regard, he said Purdue and Kingston have the edge.

“If they continue to stay on TV at the rate they’re at right now, regardless of how good or bad their ads are they’re going to be the two in the runoff,” Towery said.

Recent polls have shown David Purdue with a slight lead over his six opponents.

Towery said while primary voters usually strongly identify with one party, leaning farther to the edges, he thinks the ultimate candidate for the Republicans in the Senate race will have more broad appeal.

“The idea that some tea party candidate is going to win on a wing and prayer, that isn’t going to happen. It’s going to be with television. It’s got to be broad-based support. It’s got to appeal to suburban Atlantans. They’re the ones who control this race,” Towery said.

On the Democratic side for the race, nonprofit CEO Michelle Nunn leads the other three primary candidates in money with just under $2.5 million on hand.

Each of the other candidates in the field (Dr. Branko Radulovaki, former state senator Steen Miles and educator Todd Robinson) have less than a million on hand.