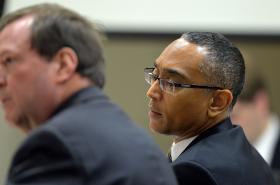 It’s been an eventful week in DeKalb County. The corruption case of suspended DeKalb CEO Burrell Ellis ended with a hung jury. And a much-anticipated audit showed lax oversight of commissioner spending.

Some DeKalb residents have resigned themselves to a certain level of impropriety, while others see light at the end of the tunnel.

DeKalb politics has been anything but dull – kickback schemes, federal probes, forced-out school board members, and most tragically an assassination of the county’s sheriff-elect.

So it makes sense residents would be a bit cynical.

Vivian Owens of Decatur doesn’t want Burrell Ellis retried by the District Attorney with taxpayer money. She’d be fine with him returning as CEO.

“There’s been worse done. Now is he guilty on something? Yea, it’s clear. But that’s our tax money. Just let it go.”

Craig Jones, a local attorney, summed it up this way.

“I think politicians will be politicians and that they don’t need to go to jail for it. The remedy is you vote the bums out and then bring in another bunch of crooks.”

Lifelong resident and former federal prosecutor Allen Moye thinks there is something unique going on in DeKalb, but it’s not cynicism. It’s voter apathy.

“Without citizen involvement government can turn into nothing but a big trough.”

But Moye says he’s getting the sense things are changing. He says some of it is being spurred by a growing push for cityhood in several areas of the county. However, he also says more people recognize the need to fix the county no matter what.

“The cityhood movement, the Ellis proceedings, and the P-card issues have brought a lot of citizens out of a slumber that has lasted 15 years.”

One example is a citizen-led group formed earlier this year called Blueprint DeKalb. Its aim is to draft major reform legislation by late next year.