DeKalb County Commissioners will face tough choices as they begin weighing how to balance the 2013 budget Tuesday.

As a result of declining property tax revenue and the incorporation of the city of Brookhaven, commissioners will have to consider spending cuts or a potential property tax rate increase proposed by DeKalb CEO Burrell Ellis. The 1.9 percent millage rate increase would cost almost $49 more per year for owners of a $200,000 home. But Commissioner Jeff Rader is hoping to avoid that increase.

Instead, Rader says the county needs to look at ways to further reduce the cost of government.

“We need to get our head count down in DeKalb County across the board. We need to look at fully realizing cost reductions associated with the incorporations of new cities in DeKalb County, reduce our fleets and forces that formerly served those areas, and be able to reduce the cost of that service delivery associated with the smaller service areas we now have in an unincorporated DeKalb.” 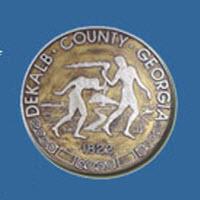 In December, Ellis proposed a more than $562 million budget. In addition to a potential millage rate increase, the budget calls for a 3 percent cost of living adjustment for DeKalb County’s lowest paid workers, 25 additional police officers and maintaining $30 million in reserve funding. Commissioners will have until the end of February to adopt the budget.