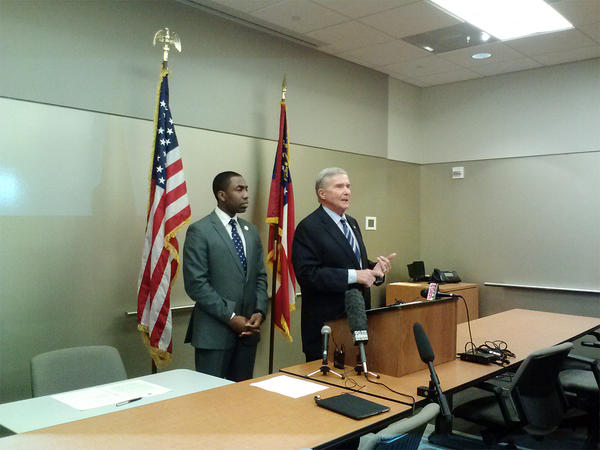 DeKalb County officials are reacting to a scathing letter that accuses the county’s government of being “rotten to the core.” It’s part of an investigation into corruption in the county.

In the letter, former Attorney General Mike Bowers and investigator Richard Hyde say the misconduct in DeKalb County starts at the top and was found in nearly every department. They say county purchasing cards were used for things like a cruise to the Bahamas, flower arrangements, a live guitar player and a Christmas tree. It also mentions taxpayer money was spent on liquor, catered meals and peanut-butter-filled pretzels.

Investigators found theft of government property was covered up, and a county department may be involved in a bribery scheme. County Commissioner Nancy Jester says they’re just more examples of a culture of corruption in DeKalb.

“It is not simply a perception problem as I have heard some suggest,” says Jester. “It is a real problem. It must be rooted out, folks must be held to account, and we must start fresh with people who are going to do what’s in the best interest of DeKalb County.”

Jester says she wants the investigation to continue.

Interim CEO Lee May shot back in a statement of his own.

I wholeheartedly disagree with the opinion that DeKalb County is rotten to the core. The overwhelming majority of DeKalb County employees are honest, decent, hard-working, and committed to public service.

We were aware of the underlying issues mentioned in Mr. Bowers’ letter.  That is why we hired him to conduct a comprehensive review of county government operations to identify corruption, fraud, criminal activity, conflicts of interest, or abuse; with a report in 120 days.

The 120 days has come and gone, and it appears the only thing we have to show for it is a two-page letter full of salacious ─ but vague ─ innuendo.

I was informed by Mr. Bowers today that a detailed report will be issued in 3 weeks that will provide me with a road map to reduce our risk exposure to waste, fraud and abuse.”

Investigators plan to issue a final report at a later date.