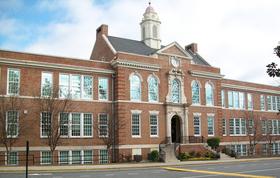 DeKalb County’s schools superintendent wants to set aside millions of dollars just in case the school system decides to fight a proposal to annex three DeKalb schools into the City of Atlanta.Broadcast Version

Together in Atlanta member Dave Moore is an attorney; in his opinion, the laws are already on the books to let that happen. “Georgia law provides that the schools go with the annexed students,” said Moore. “Otherwise, an area that was going to be annexed would not have a school.”

Attorney Doug Dillard specializes in zoning and land use issues. He is not as sure the law is on the advocacy group’s side. But he says the rub comes down to taxes if the schools do not become part of the Atlanta system, saying, “Would the City of Atlanta then be obligated to give that share that would otherwise be going to the Atlanta school system to DeKalb?”

Together in Atlanta says it is too early to discuss any possible transfer of schools, and a City of Atlanta spokesperson says there have been no discussions about Atlanta taking in the three schools.

However, DeKalb County schools superintendent Michael Thurmond plans to ask the DeKalb Board of Education to put $2.5 million in reserve to fight the school annexation plan. Thurmond talked about his plans in a board work session last week, but the school system declined to provide a representative for an interview. Thurmond said he planned to make the request at the board’s January 2015 meeting.

DeKalb school board member Marshall Orson lives in Druid Hills. He says he hasn’t made up his mind yet on how he will vote on setting aside the money but added, “Focusing on gearing up for a fight, I don’t think ultimately is going to be a productive strategy. I think trying to find a way to convince people to stay together is more in line with our mission and should be more in line with the outcome we desire.”

Druid Hills’ annexation into Atlanta will need state legislative approval – with or without the schools – and even if it clears that hurdle, it will still need the voters to say “yes.”