Seventeen of the state’s juvenile justice investigators and their supervisors who were recently suspended are back at work, but some have been demoted or reassigned.  Another investigator took voluntary retirement.

The reinstatements come after an internal investigation which revealed the unit has hundreds of open cases, including 141 which meet the department’s definition of sex abuse and harassment.

The investigation follows a federal survey which listed Georgia’s juvenile detention centers as having one of the highest percentages of offenders who reported being sexually victimized. 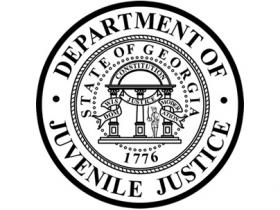 The investigation came after a federal survey which listed Georgia’s juvenile detention centers as having one of the highest percentages of offenders who reported being sexually victimized.

Of the more than 140 cases that met the definition of sex abuse and harassment, three involving staff on youth in secure detention facilities were substantiated. As a result, all three staff members have been fired and two have been referred to law enforcement for prosecution.

Meanwhile, a dozen other cases are pending. Jim Shuler is a spokesman for Georgia’s Department of Juvenile Justice.

“DJJ has pledged to maintain a sexually safe environment for all of our residents. For the commissioner, in his mind, that means taking immediate corrective steps when something like this occurs to ensure that all the reports of sex abuse and harassment are thoroughly investigated.”

Shuler says as a result of the federal survey and the investigation, Department commissioner Avery Niles has ordered sweeping changes for the department’s investigation unit.

“All of the DJJ investigators will attend comprehensive training…It will include fundamentals on investigations, this will be taught by the Georgia Bureau of Investigation. There will also be updated DJJ procedures for processing cases once an investigation is complete.”

The response by commissioner Niles pleases some advocates. But they want to know how the department will help those juveniles who have been sexually abused.