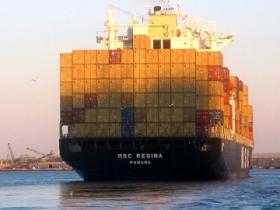 “When you’re looking at a project where 70 percent of the cost is expected to be paid by the federal government, that first step of getting it into the federal budget and approved is critical.”

Deal recently said he’d ask state lawmakers for an additional $50 million this year to deepen the port so it can accommodate the larger cargo ships expected when the Panama Canal is expanded in 2015.

If Deal’s request is approved, it’ll bring the state’s share to $231 million. The project’s total price tag is $652 million.

Whether or not Congress can reach a debt reduction deal by the end of the year, federal funds are expected to be tougher to come by in 2013. Nonetheless, Deal says the project is in a good position.

“This is a difficult time to get any new projects in the federal budget but we are hopeful. We think the merits of the project hopefully will be able to convince those in Washington to include it in the next budget.”

The governor’s office cites many positive signs. After years of review, the Army Corps of Engineers recently gave its final approval of the project. In addition, the Obama administration included the dredging project on a list of top infrastructure priorities nationally.

President Obama is expected to release his fiscal year 2014 budget in February. Regardless, construction for the deepening project is set to begin next year using existing state funds.