At 9 p.m. Wednesday night, Dragon Con’s “Hall of Fame” was still just filled with bits and pieces of equipment, tables yet to be folded out and some very daunting looking equipment.

But the room wasn’t silent. All over the Hyatt Regency and Marriott Marquis, volunteers were hustling from one room to another, pushing massive carts, assembling scaffolds for art and preparing for the convention to begin. On Friday, the once-empty room will be packed with celebrity guests and their fans, hoping to get a glimpse, an autograph or even a selfie with their favorite star.

According to Dan Carroll, media relations director at Dragon Con, the convention is largely a volunteer effort. 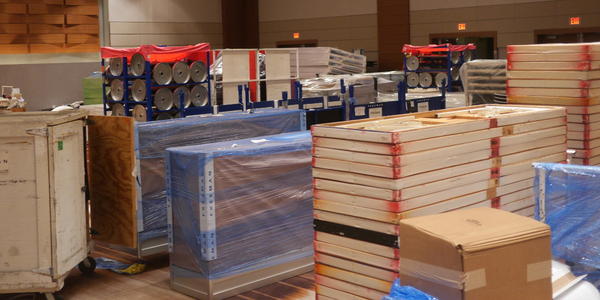 “It’s a full-time job. It’s often volunteers work 12 or 13 hours a day, day in and day out,” Carroll said. “It’s an immersive experience. It’s just so much fun to help people.”

Carroll emphasized the importance of safety at the convention, as well as the harassment policy. Any volunteer, he said, will take any guest who feels unsafe directly to security to speak with a law enforcement representative.

“We love three things, and that is inclusion, safety and fun. And each one of those three is important to us,” Carroll said. “That’s why we celebrate the diversity that is Dragon Con. We are here to celebrate that which makes us different.”

Outside the space where volunteers were setting up, Dragon Con fans were already decked out in their cosplay near the Marriott’s Pulse Bar. 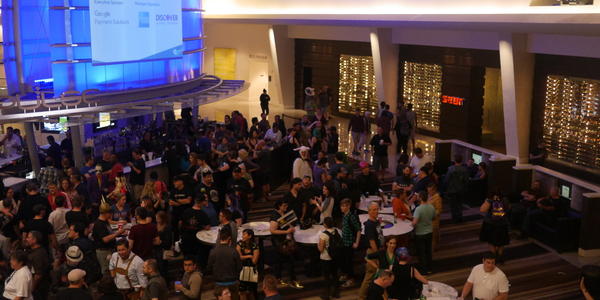 Donny Hummel was outside the bar area dressed as a shoretrooper from “Rogue One: A Star Wars Story.” Although the festivities haven’t actually begun, he dressed up Wednesday because a friend asked him to, he said.

He and his group came up from Florida a day early, and have already been enjoying Atlanta and preparing for the convention. He’s been coming to Dragon Con long enough that he’s made friends that he catches up with each year.

“You keep running into the same people and hanging out, and it’s like there was no time since the last time you saw them,” Hummel said.

Hummel’s shoretrooper costume is only one of many he’s prepared for the convention with his friends, and as a Dragon Con veteran he had a word of advice for people attending for their first time:

“Pace yourself,” he said.