A federal Food and Drug Administration panel Friday recommended approving a new drug that, in combination with other treatments, helps to effectively stop hepatitis C.To hear an audio version of this story, click the 'Listen' icon.

The drug, Sofosbuvir, has ties to Atlanta. 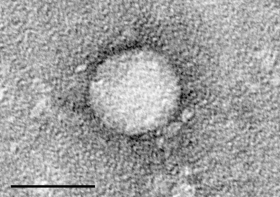 “Finally, my baby is becoming an adult, and now it’s going to be used by a lot of people and save a lot of lives,” says Emory University’s Dr. Raymond Schinazi, who helped develop the drug. “And that’s what it’s all about.”

While treatments for hepatitis C have been on the market for a few years, the combination of Simeprevir and Sofosbuvir with another drug is considered to be the first cure with nearly 100%-effectiveness.

And it all happened very quickly, at least in terms of drug development.

“I don’t think many drugs have been discovered and developed in six years from start-to-finish.  That’s amazing,” says Dr. Schinazi.

It’s easy to think Dr.Schinazi is a little biased—after all, he came up with the drug

But Emory Dept. of Global Health chair Dr. Carlos DelRio says this development is every bit as big as it seems.

“The fact that you can cure almost 100% of people with these new drugs is quite tremendous,” he says.

Still, it comes at a steep premium.

Dr. Schinazi estimates Gilead Sciences, which bought the rights to the drug, will charge between $75,000 and $100,000 for the treatment.  Gilead spokeswoman Michele Rest tells WABE it’s “premature to discuss the potential price,” because the FDA is still reviewing the company’s application.

It’s widely expected the FDA will act on the advisory board’s recommendation. The combination therapy could be on the market as soon as December.