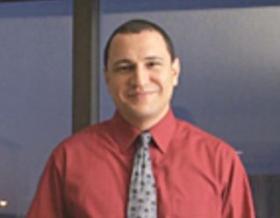 Georgia public policy players are watching Florida closely now that a federal judge there has struck down the state’s law requiring drug testing for welfare recipients.

A U.S. District judge ruled the Florida law violates the Constitutional provision against unreasonable searches. Georgia has had a similar law on the books since 2012, but it has not yet been implemented.

Chad Brock, an attorney with the ACLU of Georgia, says he wouldn’t be surprised if the State of Florida appeals the ruling to the Eleventh U.S. Circuit Court of Appeals. “However, the Eleventh Circuit, back in February, in extending the injunction against the drug testing law, really scrutinized the reasoning behind the law,” said Brock. “So I think they’re going to have a tough time if they go back before the Eleventh Circuit.”Audio of the story as broadcast.

None of the sponsors of the Georgia law granted an interview, but sponsor State Sen. John Albers (R-Roswell) did release a statement. It says in part, “The recent court ruling is disappointing and not consistent with the values of America.”  The statement also says, “If individuals are receiving aid at the taxpayer’s expense, citizens have the right to know how their funds are being appropriated.”

A spokesperson for Georgia Attorney General Sam Olens’ office told WABE Olens has no comment on the ruling.