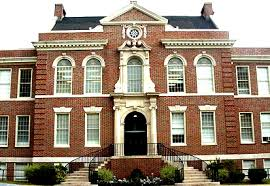 A DeKalb County group trying to create a charter school cluster has withdrawn its petition.Broadcast Version

The group proposed a cluster of five elementary schools, a middle school, and Druid Hills High School. Its first shot at getting the DeKalb Board of Education to approve its plan was rejected last November, and the group had not been able to get back on the board’s agenda.

Another problem: all of the cluster’s seven schools are in unincorporated DeKalb County, but given current cityhood and annexation plans, that may not be the case for long.

Lewis says frustration with the process was just as much a factor. The group alleges school system employees misrepresented information, including budget items, to the school board; the group claims this made it impossible for the school board to evaluate its proposal properly. DHCC is calling on the board to launch an investigation.

None of the school board members responded to WABE’s request for comment before deadline.

The school system issued a statement in response to our questions, saying “there is no further action required” now that the group has withdrawn the petition. School board officials would not on the allegations made by DHCC.

Earlier this month, the DeKalb school district announced its intention to apply to the state to become a county-wide charter school system.