Several education organizations are pleased the state plans to increase the number of providers and health plan options for state employees next year. The announcement by the state comes after state employees raised concerns about Georgia selecting Blue Cross Blue Shield as its only insurer this year for the State Health Benefit Plan.

Several education associations say having one only one provider has caused some teachers to drive long distances to see an in-network doctor. Tracey Nelson with the Georgia Association of Educators hopes the state’s plans to go back to multiple insurers will change that and lead to more affordable insurance options.

“For educators this has been a challenge since January,  and to have another provider option that they can make quality decisions about healthcare on will be important for their quality of life.” 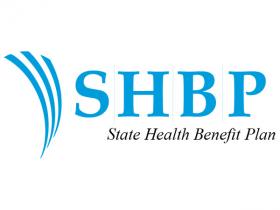 Tim Callahan with the Professional Association of Georgia Educators also believes the announcement is positive for the 650,000 state employees taking part in the plan.

“We cover a wide range of individuals in that several hundred thousand and I think the wider the range of options the better it’s going to match.”

Both associations also say they’re pleased Governor Deal signed an executive order to include a teacher as the state considers proposals for the State Health Benefit Plan. However, it’s an election year, and they’re hopeful the positive steps will continue after the election is over.

A spokesperson for Teachers Rally to Advocate for Georgia Insurance Choices said, “We are encouraged that the Department of Community Health has responded positively to the outpouring of complaints regarding our 2014 healthcare options, and it appears as though our efforts will help bring back choice to the State Health Benefit Plan. The statement went on to say, “However, it is imperative that this is a trend that continues in 2015 and beyond – not just during an election year. The teacher group was formed in response to changes made earlier this year to the State Health Benefit Plan.

On Tuesday, state officials announced they would seek a second statewide Third Party Administrator for the State Health Benefit Plan and an in-network only plan for metro Atlanta. Meanwhile, Blue Cross Blue Shield of Georgia will offer Gold, Silver and Bronze health reimbursement arrangements, Medicare Advantage to retirees and an HMO option for the 2015 plan year.

Earlier this year, The Georgia Board of Community Health unanimously voted to change the plan, which started on January 1. Under the changes, employees have co-pays for things like prescription drugs, doctors’ visits and trips to the emergency room. Prior to the changes, the board moved to a cost sharing arrangement with deductibles and without co-pays.

State officials are expected to select the providers on July 1.