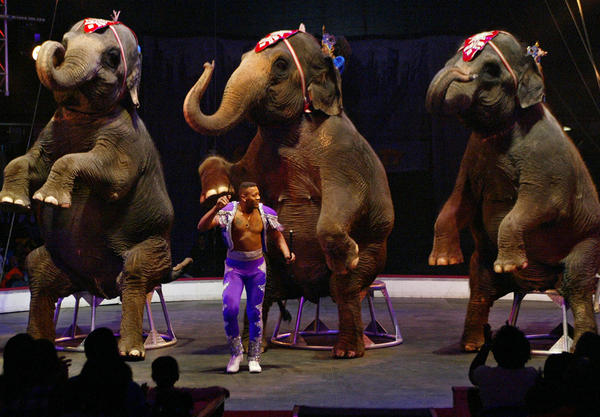 When “Bo” the elephant refused to return backstage after its set, circus staff used a tool called a “bullhook” to regain control of the animal.UniverSoul Circus may have violated Atlanta's animal abuse ordinance.

A bullhook looks something like a sharpened fireplace poker. It’s commonly used to train performing elephants. Brittany Peet of People for the Ethical Treatment of Animals (PETA) said the group plans to release video taken by a witness of the performance.

“PETA has heard from witnesses who saw this incident and reported that Bo looked terrified. It took 45 minutes for the handlers to ultimately get Bo backstage,” Peet said.

When asked about the incident, UniverSoul sent a generic animal rights policy statement saying its vendors have never abused animals while performing at the circus. Follow-up questions were ignored.

City Councilwoman Felicia Moore tried, and ultimately failed, to ban the use of bullhooks outright in Atlanta. Instead, in 2012, she compromised. The City Council included a line in its ordinance defining elephant abuse as inserting instruments into animals’ orifices. Moore says she’s glad that at least some law is in place.

“I believe that they shouldn’t be using wild animals in a circus for entertainment purposes, because they have to use abusive methods to train them,” Moore said.

She says depending on the outcome of this case, more regulation may be necessary in the future.

UniverSoul Circus shows will go on through March 1.

Meanwhile, Ringling Brothers’ is finishing up its 2015 run in Atlanta this week. The circus giant’s parent company, Feld Entertainment, has praised Atlanta for rejecting the ban on bullhooks, which it calls “animal guides,” in 2011.