In a neonatal intensive care unit in Atlanta, premature babies are now sucking on smart bottles.

The bottle and mobile app were developed by an Atlanta-based start-up, NFANT Labs.

It’s one of the first internet-connected devices being used in the neonatal intensive care unit, or NICU, approved by the U.S. Food and Drug Administration.

As a physical therapist, June Garber’s fingers have guided her work with premature babies for nearly four decades in the NICU at Emory University’s Hospital in midtown Atlanta.

She still relies on her hands to diagnose her small patients, but now she also uses a tablet that shows spikes and plateaus.

“You can feel their chest rise and fall as they feed. With your finger on their chin, you can tell when they swallow,” Garber explained. “The thing that you’re seeing on the screen that’s different from what you would be able to see if I was just sitting here feeding a baby is that you can tell what their tongue is doing in their mouth.” 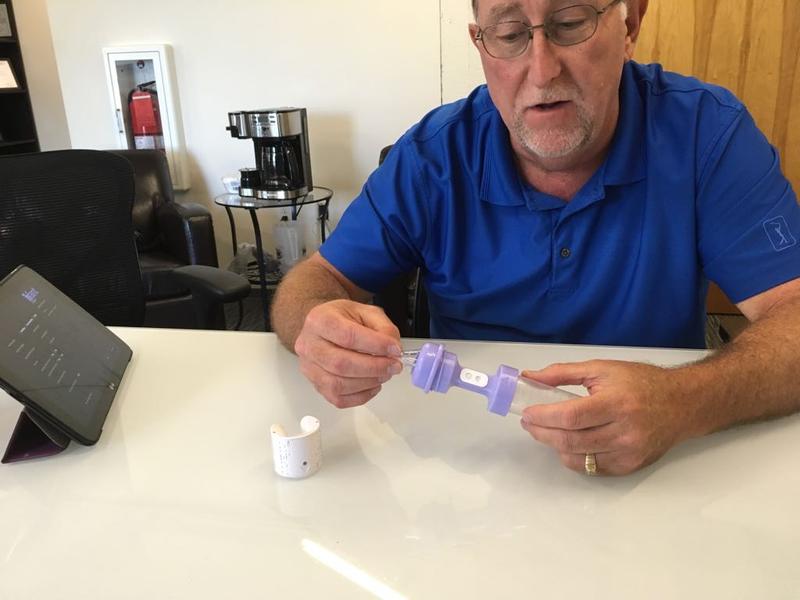 The smart bottle has a nipple with a small plastic lever inside. It’s connected to a sensor that detects when and how a baby’s tongue moves.

Using Bluetooth, it sends real-time information – detailed graphs and charts – to a tablet. Garber said it provides her with a more objective way to determine when a baby’s feeding skills have matured enough for him or her to go home.

She said it helps visualize the progress over time for her and the parents of premature babies.

NFANT Labs CEO Lou Malice said the device costs hospitals about $400 per patient for the average stay of two weeks in the NICU.

Malice said the bottles also send data back to his company.

”We’re going to use the data ultimately to create scoring so that we can score babies on different criteria and make it easier for the caregiver to intervene during the feeding process,” Malice said.

Emory Midtown and Boston Children’s Hospital are among the 13 hospitals currently using the bottles. The device is being tested in more than 50 other sites.