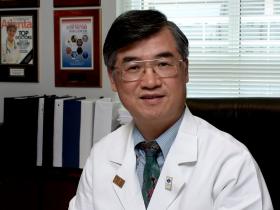 There may soon be a new and better way to fight a potentially fatal disease.

Researchers at the Winship Cancer Institute at Emory University believe they have uncovered a tool that appears to fight cancer cells.

Dr. Dong Shin is among the researchers looking at the health benefits behind the antioxidant luteolin.

“Cancer cells cannot grow when you have this kind of agent come into their system,” says Dr. Shin.

Luteolin is found in many green vegetables, like broccoli and cabbage.

However, Shin says you’ve have to eat a whole lot of green vegetables for the antioxidants have an effect on cancer.

Also the luteolin doesn’t dissolve into the body that well, which is why the researchers placed it in a water-soluble polymer.

So far the nano-luteolin has been injected into mice and Shin says it inhibited the growth of cancer cells.

Shin admits it’s still early in the research, but he says this study could eventually change the face of chemo-prevention.