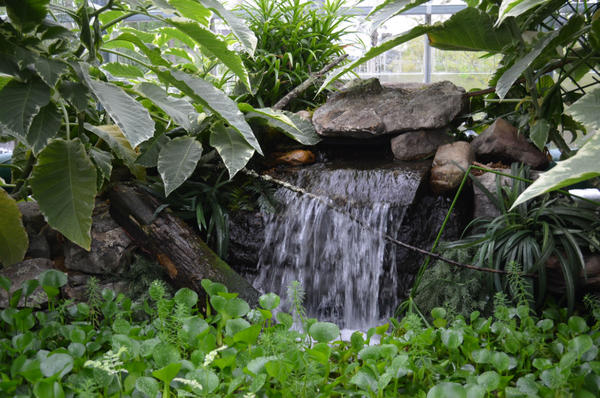 Emory University is taking raw sewage water from DeKalb County to heat and cool its campus. It’s the first university in the country to recycle water this way with a system called the WaterHub.

Emory’s WaterHub looks like a fancy greenhouse with a solar panel installation on the side, but there’s a lot more to it. 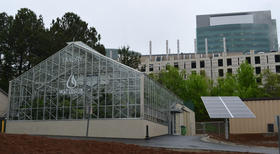 Matthew Early, vice president of campus services at Emory, has been working on it for more than three years.

“It takes wastewater, cleans it, and then we’re reusing it in our steam plant and chiller plants,” Early says.

It goes through several bioreactors and ultraviolet disinfection before it’s transferred to underground storage tanks that hold 50,000 gallons of water.

There are lots of green plants inside and outside the greenhouse. They’re part of an elaborate water purification system that recycles up to 400,000 gallons per day – that’s about 40 percent of all of the water that Emory uses.

Jonathan Lanciani is CEO of Sustainable Water, which put several million dollars into the facility and operates it for Emory. 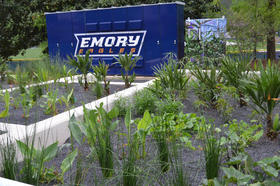 He says it allows for “massive significant reductions in Emory’s water consumption, which reduces the burden on the municipality.”

Representatives from 11 other universities considering the WaterHub attended a ribbon-cutting on Friday.