A citizens group is going to the Georgia Court of Appeals to try to stop the development of a Walmart at the Suburban Plaza shopping center. 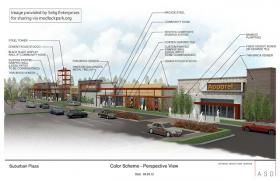 Good Growth DeKalb spokesperson Louise Runyon says the group will try to overturn a DeKalb Superior Court ruling that says the group has no legal standing to challenge the developers’ building permit, telling WABE, “We feel that the county must follow its own laws, its own ordinances, and that those have been violated in the granting of the Walmart building permit.”

Developer Selig Enterprises has said it plans to start construction in January. A Walmart spokesman told WABE the company is reviewing the appeal to determine what effect it will have on the project.