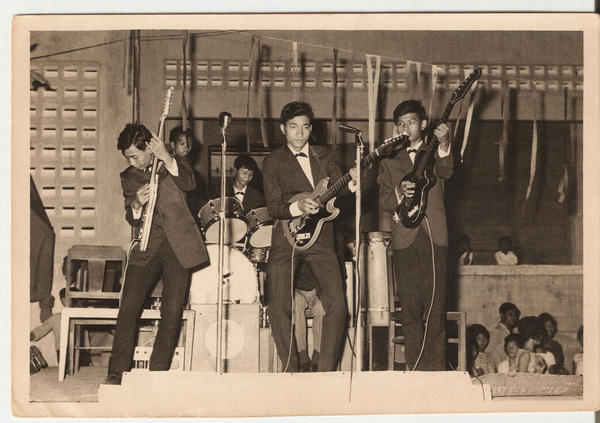 How do you make a documentary when most of your subjects have been killed?

This was the challenge facing filmmaker John Pirozzi when he began researching the history of Cambodia’s music scene. The country faced a genocidal overthrow by the Khmer Rouge in 1975, which emptied the nation’s cities and forced the Cambodian people into hard labor, killing millions in just a few years.

Pirozzi’s documentary, “Don’t Think I’ve Forgotten,” looks at the decades of prosperity and musical renaissance leading up to the tragedy. The soundtrack to the film has been released by Atlanta’s own Dust-to-Digital label, and WABE’s Myke Johns spoke with both Pirozzi and Dust-to-Digital co-founder Lance Ledbetter about telling the story of Cambodia through its music.

“Don’t Think I’ve Forgotten: Cambodia’s Lost Rock and Roll” will be screened at 7 p.m. Wednesday at the Plaza Theatre.

Hear more of our conversation with director Pirozzi here.