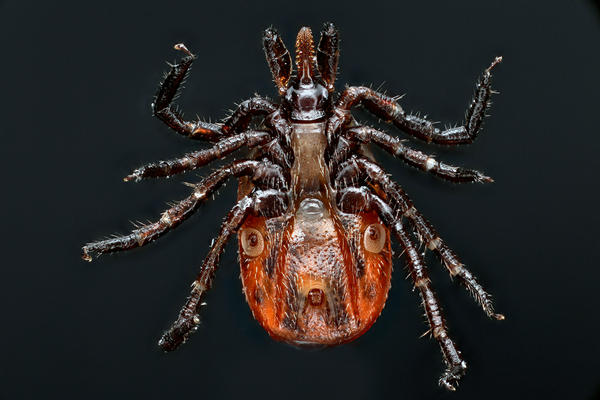 Now that it’s warm and the weather is nice, we’re more likely to encounter ticks. One study finds that the forests with fewer ticks are the ones that burn more often.

Elizabeth Gleim is a disease ecologist at Oxford College at Emory. For her study published late last year, she collected more than 47,000 ticks.

“The good news is, ticks don’t gross me out, I find them quite fascinating,” Gleim said.

Diseases spread by ticks have been increasing in the last couple decades, said Gleim. She wanted to know how controlled burns affect ticks, so she traveled to the pine forests in the southern part of Georgia and northern Florida to conduct her research.

“What we were really blown away by was the fact that, regardless of the burn regime, long-term prescribed burning absolutely decimated tick populations,” she said. “And these were permanent reductions.”

Gleim found 10 times more ticks in places that hadn’t burned, compared to places where there are regular fires.

Though Lyme disease is the well-known disease associated with the arachnid, Gleim said it’s not common here in Georgia. The diseases more often spread by the species of ticks here are ehrlichiosis, southern tick associated rash illness (STARI) and Rocky Mountain spotted fever.

“One of the really exciting findings of our study is, we know that prescribed fire has huge benefits to ecosystem health,” said Gleim. “And one thing that we were excited to sort of add to that is that prescribed burning also adds to human health, meaning that the risk of tick-borne disease to humans in these ecosystems is quite low.”

The best ways to reduce your tick risk, said Gleim, is to use bug spray and wear pants and long sleeves. If you do find a tick, she said to remove as soon as possible.