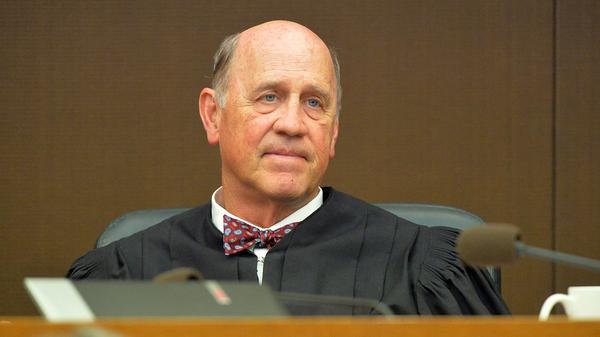 Eleven former Atlanta educators will be sentenced Monday, after a jury found them guilty of racketeering and other charges. The ex-teachers and administrators were accused of conspiring to cheat on state tests to earn raises and bonuses.

When the verdict came down, Judge Jerry Baxter acted swiftly. He had 10 of the 11 handcuffed and taken to jail immediately. The defendants and their lawyers seemed stunned. One defense attorney argued there was no “compelling reason” to jail them.

A racketeering charge carries a sentence of up to 20 years. But each of the other charges carries a sentence too. For example, some defendants were charged with making false statements and writings. The sentence for that is one to five years.

Some say those penalties are too severe for former educators. Attorney Gerald Griggs represents former teacher Angela Robinson. In addition to racketeering, she was found guilty of four counts of making false statements and writings. She faces up to 35 years.

“35 years in prison for an educator?” Griggs said. “That’s unfathomable. And hopefully, in [Judge Baxter’s] determinate wisdom and counsel, he will see that these are people that have never been convicted of a crime, have never committed a crime, and there’s no need.”

Some pastors and community activists have circulated “petitions for mercy,” asking Judge Baxter to be lenient in sentencing. They plan to speak out on the steps of the Fulton County Courthouse before the defendants are sentenced.

Note of disclosure: WABE’s broadcast license is held by the Atlanta Board of Education.